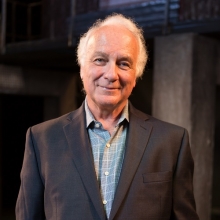 Ken Lambla, FAIA, is the founding Dean of the College of Arts + Architecture, UNC Charlotte, where he has been on the faculty since 1983.  He received his Bachelor of Environmental Design degree from the University of Kansas, and his Master of Architecture degree from the University of California, Berkeley.  Additionally, he studied urban planning and law at UNC Chapel Hill.  His career in both education and practice is focused on architecture and the arts as forms of community development and advocates social responsibility, craft, and innovation. Lambla has taught in Illinois, California, the United Kingdom (London), Italy, The Netherlands, France, Canada, and North Carolina focused on:  architectural design, design process/creative leadership, and social histories connecting art, design, and visual and performing arts as critical to cultural representation.  He has worked as an architect and urban designer in Belfast (Northern Ireland), Chicago, San Francisco, and during his tenure at UNC Charlotte throughout North Carolina on educational and institutional projects. His research has focused on social histories of housing projects completed in Chicago and Rotterdam, The Netherlands.  In Charlotte he has served on the National Advisory Board and the Board of Directors of the McColl Center for Art + Innovation, Historical Elizabeth Neighborhood Foundation, Charlotte Ballet, and has worked on projects with the Mint Museum, the ASC Task Force for Spirit Square, the Levine Museum of the New South, Charlotte Teachers Institute, First Ward and Irwin Open Elementary Schools, and helped produce Violins of Hope, a cross-community cultural project focused on the North American premiere exhibition of violins played in Holocaust concentration camps.

Lambla stepped down as Dean in December 2018 to return to the faculty. He was named to the College of Fellows of the American Institute of Architects in 2021.