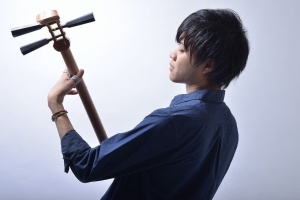 The Department of Music, with Charlotte New Music, hosts the world premiere performance of Hebionna (Snake Woman), a Japanese opera by the composer Asako Hirabayashi. The production features UNC Charlotte voice professor Brian Arreola in the lead tenor role of "Yoshizo"; music students and recent alumni Chrystle Villaflor, Sophia Chacon Marmolejos, Christian Souza, and Zach Voigt as a chorus of "villagers"; adjunct professor Alan Yamamoto as the narrator; and cello professor Mira Frisch as a member of the instrumental ensemble.

The event is FREE and open to the public. 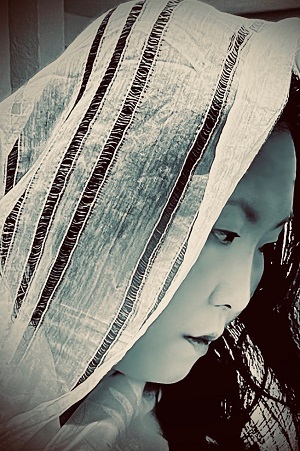 Inspired by Japanese folk tales, Hebionna tells the story of a country man who saves a snake caught by a trap. Later, the snake, disguised as a woman, shows her gratitude to him. They fall in love, get married, and start a family. But when the villagers learn that the woman is in fact a snake, violence ensues.

"Hebionna is about diversity, discrimination, segregation, unconditional love, benevolence, and the coexistence of nature and human beings," writes Hirabayashi, who wrote both the libretto and the music.

Asako Hirabayashi is a Japanese composer and harpsichordist based in Minneapolis. She has won numerous grants and awards, including the 2009 McKnight Fellowship for Performing Musicians and two Minnesota State Arts Board’s Artist Initiative grants as a soloist. As a composer, she won a 2016 McKnight Fellowship for Composers, several first prizes in the Alienor International Harpsichord Composition Competition (6th, 7th and 8th consecutively), and the NHK International Song Writing Competition in Japan. She was awarded the 2012 Jerome Fund for New Music by the American Composers Forum to write her first concert opera, Yuki-onna (Snow Witch), which premiered in 2015.

Hebionna has been funded by a 2019 Schubert Club Composer’s Award, a 2021 Opera America Discovery Grant, and a grant from the Digital Arts Center (d-Arts) in the College of Arts + Architecture.