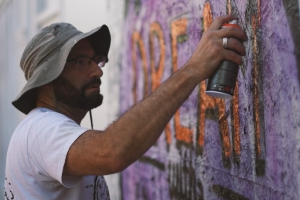 Claire Shue ’19 is part of the team that received the national Grand Prize.
November 21, 2022


Architecture alumna Claire Shue is a member of the team that won the Grand Prize in the 2022 American Institute of Architects Film Challenge. The team’s film, a dream starts here, was created to build support for a community center in Calhoun Falls, South Carolina... 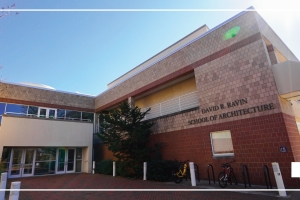 We are proud to announce the naming of the School of Architecture in honor of alumnus David R. Ravin
November 18, 2022


The UNC Charlotte School of Architecture has a new name, and its program will receive unprecedented support, thanks to a generous gift from alumnus David R. Ravin ’94. The gift will enhance the architectural program through supporting student opportunities such as study abroad, enhancing the visibility of the school and developing programs in innovative housing and development practices.... 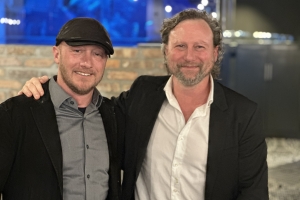 Two Distinguished Alumni in Architecture, Sean Gallagher '00 and Jeff Kenoff '92, have added even more accolades to their long lists of accomplishments, receiving Awards of Excellence from the Council on Tall Buildings and Urban Habitat at the 2022 CTBUH International Conference.
The... 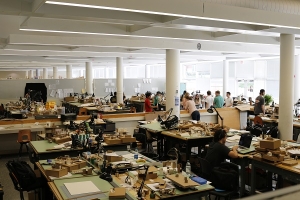 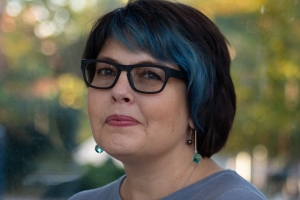 Nadia Anderson joins the commission for the City of Charlotte.
October 13, 2022


Nadia Anderson, associate professor of architecture and urban design, has been appointed to join the City of Charlotte’s Equitable Development Commission.

The Charlotte Equitable Development Commission was created with the adoption of the Future Charlotte 2040 Comprehensive Plan by City Council resolution on June 21, 2021... 
At one time, more American flags were printed in Rock Hill, S.C. than in any place in the world. The Rock Hill Printing and Finishing Company, which opened in 1929, was one of the largest cloth printing and finishing companies in the United States and the center of that patriotic production during World War II. It was also, says Stephen Turner, “the biggest business concern that has ever... 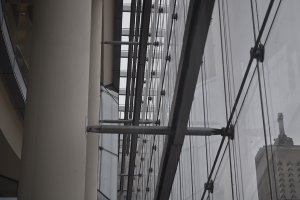 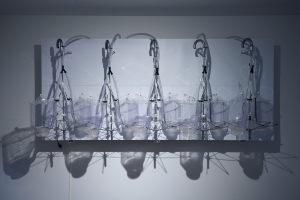 
For nearly a decade, Assistant Professor of Architecture Catty Dan Zhang has been studying air as an important and active system to be foregrounded in the design process. An exhibition in Rhinebeck, New York, features tools and products of her investigations. Pamphlet Architecture: Visions and Experiments in Architecture at ‘T’ Space gallery presents works by the five finalists from... 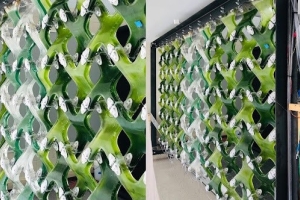 
A major grant from the National Science Foundation will fund the next stage of Professor of Architecture Kyoung Hee Kim’s development of a high-performing window system that reduces building energy consumption and carbon dioxide emissions. The Small Business Innovation Research (SBIR) Phase II grant is Kim’s third NSF grant in... 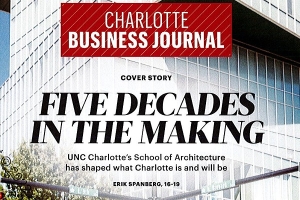 School of Architecture Recognized in Business Journal for Shaping Charlotte

The August 5-11 issue of the Charlotte Business Journal featured the SoA on its cover.
August 8, 2022


The School of Architecture was featured as the cover story of the August 5-11 issue of The Charlotte Business Journal, the city's leading business publication. "Five Decades in the Making: UNC Charlotte's School of Architecture has shaped what Charlotte is and will be" was written by Erik Spanberg in response to the School's celebration of its 50th anniversary in the 2021-22 academic year....