Professor to Perform in Opera Carolina’s Porgy and Bess 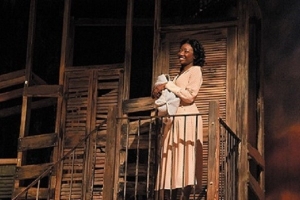 Sunday, January 8, 2023
Sequina DuBose, who will sing the role of Clara, has also released a new album.

Dr. Sequina DuBose, assistant professor of voice, will sing the role of Clara in the Opera Carolina production of George Gershwin’s Porgy and Bess. Performances will take place January 22-28 at the Belk Theater in uptown Charlotte’s Blumenthal Performing Arts Center.

The role of Clara, who sings “Summertime,” the opera’s most famous tune, is one that DuBose knows well. In 2010 she sang 40 consecutive performances as Clara in the 75th Anniversary National Tour of Porgy and Bess (pictured above). “Her lovely lyric soprano spun ‘Summertime’ winningly,” wrote South Florida Classical Review. “She gave unusual stature to Clara as a figure of tragic grandeur.”

DuBose has performed with opera companies in the U.S. and Europe, including Lyric Opera of Chicago, Michigan Opera Theatre, Opera Memphis, Opera Company of Philadelphia, Utah Festival Opera, and Royal Danish Opera. Last year she made her Opera Carolina debut, performing the role of Elvira in Mozart’s Don Giovanni. 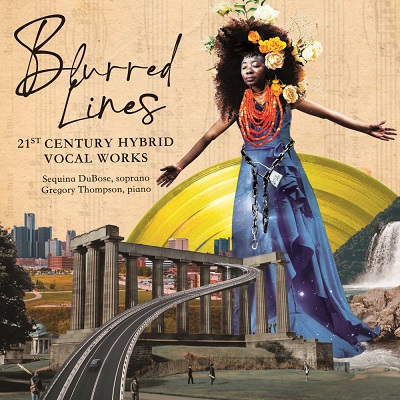 DuBose’s vast and varied musical tastes were cultivated from childhood.

“I was raised in Detroit, Michigan in a multi-generational household where I could on any given week hear the rock music of my metalhead uncle and the Sunday morning hymns and spirituals of my Southern grandmother wafting through the household,” she said. “This music was intermingled with the Motown sound of my parents, and my own interests in pop and R & B music of the 90s and early 2000s. It wasn’t until college that I learned about opera and how to apply classical singing techniques.”

During her doctoral program at the University of Maryland, DuBose formalized her fascination with the musical hybridization that is becoming increasingly prevalent in contemporary music. Her dissertation investigates the impact of genre fusion and improvisation in 21st-century operas on vocal pedagogy and performance practice. It was through her research that she developed relationships with several of the composers represented in Blurred Lines.

With the support of a Faculty Research Grant, DuBose began to commission new hybrid works from composers. The pandemic provided extra creative time, and Blurred Lines came into focus.

“What started out as a few commissioned pieces grew into an album,” she said. “I just started dreaming bigger.”

DuBose will sing selections from Blurred Lines in a Faculty & Friends Concert on April 4 in Rowe Recital Hall.

Learn more about her background and career in this Faculty Spotlight. 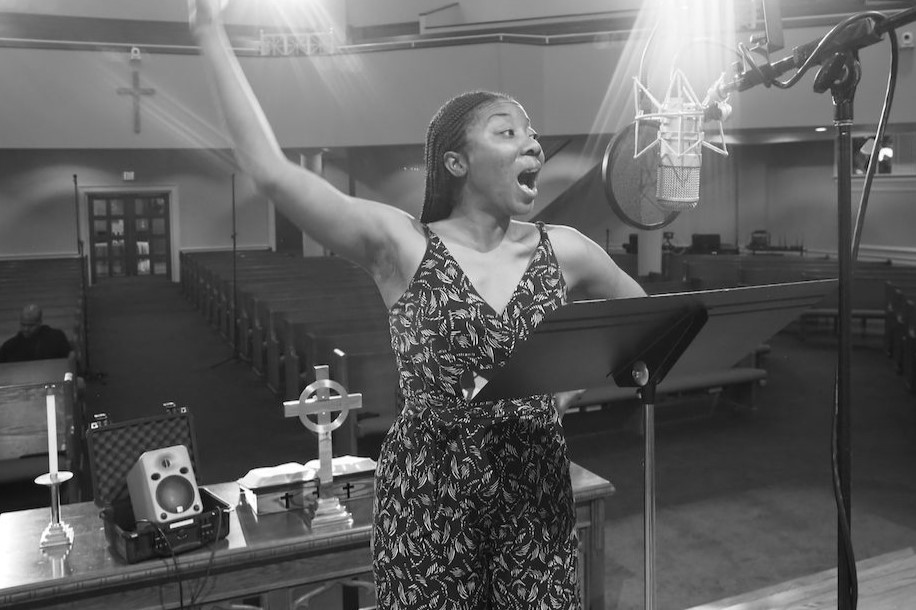