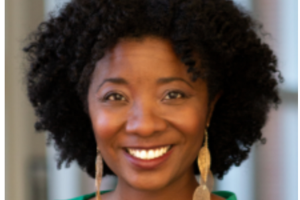 Lyric soprano Sequina DuBose is a stunning performer most noted for her engaging stage presence and charming musical style. In 2022, she made her role debut as Donna Elvira in Mozart’s Don Giovanni with Opera Carolina under the direction of James Meena, followed by a debut with the Virginia Arts Festival in two world premiere chamber operas, Companionship by Rachel Peters and Bre'r Rabbit (from Tales From the Briar Patch) by Nkeiru Okoye, and the role of Clara in Opera Carolina's Porgy and Bess. Recent highlights include a 2021 performance as soprano soloist with the Tulsa Symphony, Wynton Marsalis, and the Jazz at Lincoln Center Orchestra in Tulsa, Oklahoma, at the BOK Center (19,199 seat auditorium) in commemoration of the 100th anniversary of the Tulsa Race Riots, and, in 2020, several live-streamed virtual concerts as soloist with Opera Carolina as part of the iStream Virtual Concert Series and a collaboration with the Mint Museum, entitled Voice and Vision Live at the Mint.

A versatile actress and crossover artist, Dr. DuBose has performed as Cleopatra in an Off-Broadway production of Shakespeare’s Antony and Cleopatra, as Lady in Blue in ArtsCentric’s production of For Colored Girls Who Have Considered Suicide When The Rainbow is Enuf, as Chloe in a New York Musical Theater Festival reading of 7:32, The Musical, and as Deena Jones in the hit musical Dreamgirls.  She has performed as an ensemble member in Most Happy Fella and Showboat with Utah Festival Opera & Musical Theatre Company. She has also toured as a soloist with The American Spiritual Ensemble and with Chorale Le Chateau alongside famed trumpeter Wynton Marsalis and Jazz at Lincoln Center Orchestra (JLCO) performing his work, Abyssinian Mass. She was a finalist in the Kurt Weill Foundation Lotte Lenya Vocal Competition, and placed third in the prestigious American Traditions Competition.

Dr. DuBose has served as the Director of Development for ArtsCentric, an African-American-led theater company, since 2016. In this role, she has successfully coordinated with board and company members to write and submit grant proposals resulting in over $100,000 in funding to date. She continues to serve as a board member for ArtsCentric and is also the current Board Vice-President for The International Florence Price Festival.

Dr. DuBose continues her work as an arts advocate, educator, and administrator while maintaining an active concert and performing arts career. She is a member of the American Guild of Musical Artists and serves as faculty advisor for Sigma Alpha Iota International Music Fraternity.

Tickets are $10 and $8. CoAA Faculty, Staff, and Students are eligible for free tickets to this performance.  Please log into your Niner account in the ticketing system to redeem.