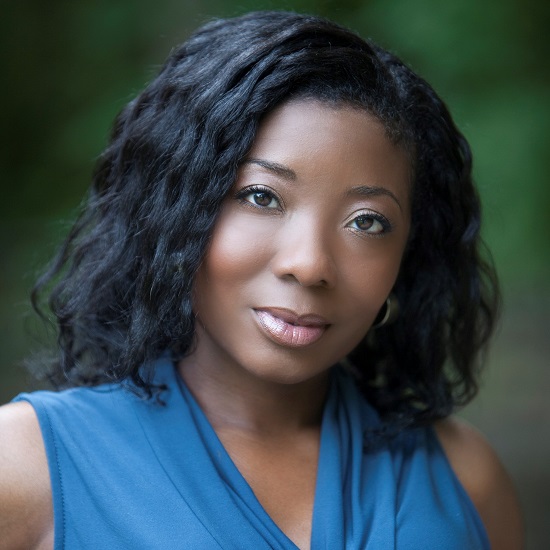 “Music was very much infused in everyday life,” says Assistant Professor of Voice Sequina DuBose of her childhood in Detroit. “There were all these sounds that were floating around.”

One uncle was a Metallica fan. Her maternal grandparents, who lived in the home with her, often had gospel, jazz, and blues on the stereo. But it was her mother who really launched her life in song. A clinical psychologist turned entrepreneur, DuBose’s mom sang gospel in the Unity Baptist Church choir (DuBose joined the youth choir at age 7), wrote gospel songs, and even created her own record label, New Era Records.

“She carried around an old tape recorder with a blank tape, and she would sing ideas and fragments of tunes into the recorder,” DuBose says. Her mother would enlist DuBose’s help as she crafted her songs, getting her to sing along and harmonize the melodies.

Her freshman year at Renaissance High School, she signed up for chorus and was admitted into the advanced ensemble, even though she had had no “formal” training. “The director saw I had a knack for it,” she says.

That director, Nina Scott, who mentored many budding professional singers, exposed her students to music of all sorts. “We learned art songs, Spirituals, chorales, world music. We sang in many languages. It had a really big influence on me.”

As a member of A Chord, the high school’s women’s ensemble, DuBose often rehearsed at the director’s house, where she was encouraged to rummage through the record collection and stretch her ears by listening to different styles. One day the director played a video of a performance by acclaimed sopranos Kathleen Battle and Jessye Norman.

“That was the first time I had seen a Black opera singer making a career,” she says. She went out and bought two CDs – one featuring Leontyne Price and the other, Renee Fleming. “I wore those two CDs out! I would play them for friends over the phone.”

Throughout high school, DuBose travelled with the chorus to HBCUs (historically Black colleges and universities). Her senior year, she applied to just two colleges: Spelman College in Atlanta and Morgan State University in Baltimore. She received a full academic scholarship to Morgan State and soon was singing in the university chorus. When that ensemble was invited to perform in the Philadelphia Opera production of Porgy and Bess, DuBose knew she had found her calling.

“I loved it, the lifestyle. I remember opening night – the curtain coming up – and feeling that I was in my element.” 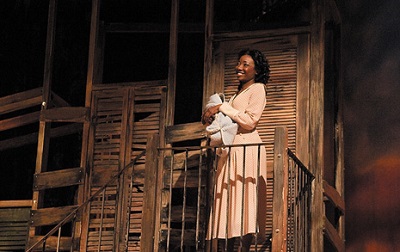 She pursued a master’s degree in vocal performance at George Mason University, then moved in 2006 to New York City, where she ultimately stayed a decade, earning an artist diploma from the Manhattan School of Music. From her home base in the Big Apple, she established a successful singing career, performing on opera stages across the country and abroad (including a significant stint as Clara in the 75th Anniversary National Tour of Porgy and Bess) and also in Off-Broadway musicals, in the American Spiritual Ensemble, and alongside the likes of Wynton Marsalis and the Jazz at Lincoln Center Orchestra. (See more of her performance credits here.)

“The diversity of styles we sang in high school has served me well,” she says. It has also formed the foundation of her research, begun during her doctoral program at the University of Maryland: the impact of genre fusion and improvisation in 21st-century operas on vocal pedagogy and performance practice. At UNC Charlotte, she teaches both classical and contemporary voice and is co-coordinator of the Musical Theatre Certificate program. 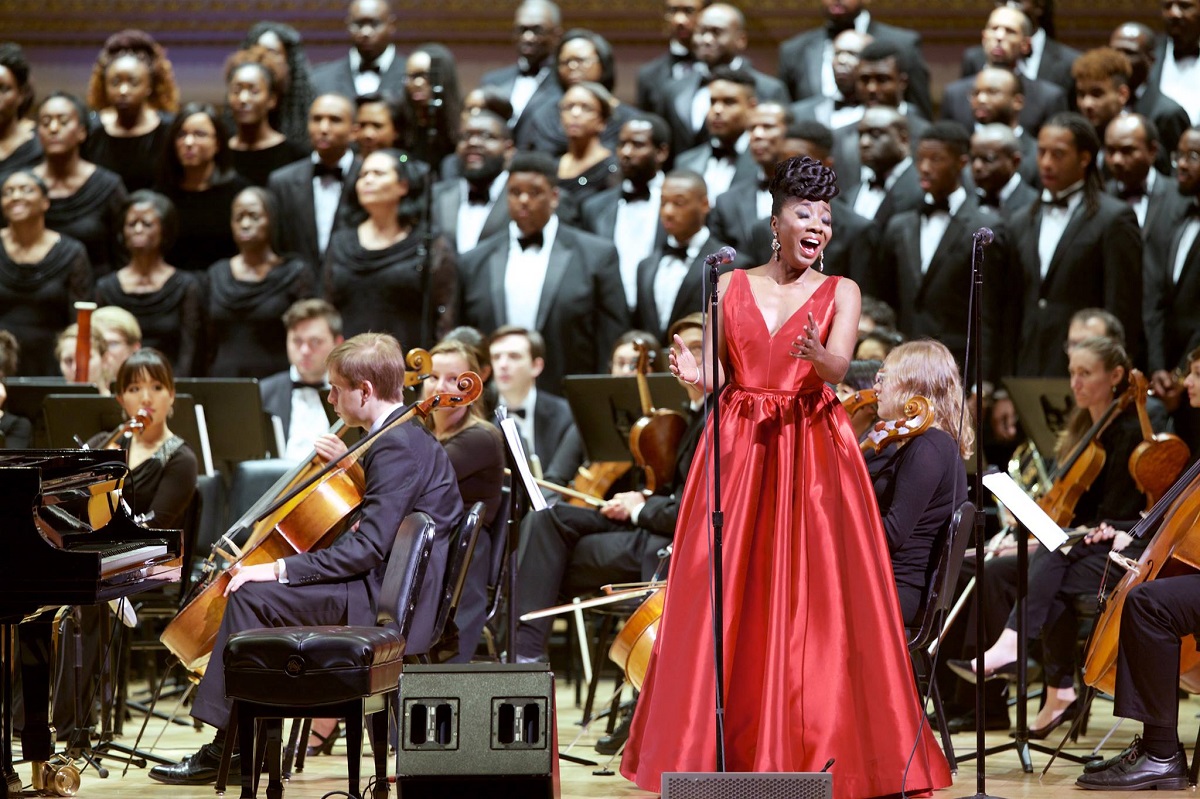 With the support of a Faculty Research Grant, DuBose signed with Albany Records to record an album of contemporary hybrid works, and the result, Blurred Lines: 21st Century Hybrid Vocal Literature, came out in Fall 2022. She also continues to perform, with scheduled performances for Opera Carolina, the Music by Women Festival, and the National Association of Teachers of Singing (NATS) summer workshop.

Pictured: Dr. DuBose at Carnegie Hall (left) and in Porgy and Bess (above right).