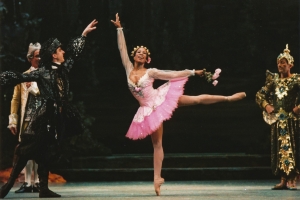 The Department of Dance, in partnership with Charlotte Ballet, will host a residency with famed ballerina Lauren Anderson, September 14-18. The residency is funded by an Inclusive Excellence Grant from UNC Charlotte’s Office of Diversity and Inclusion.

Anderson danced with Houston Ballet from 1983 to 2006, performing leading roles in prominent classical ballets, appearing across the world to critical acclaim, and in the process, becoming one of Houston Ballet’s most beloved stars.

In 1990 she became the first African-American to be promoted to principal dancer at Houston Ballet – and was one of the few African-American ballerinas at the head of a major ballet company anywhere in the world. That same year, she received The Special Jury Award in the USA International Ballet Competition and in 1996, the International Critics award in Chile. 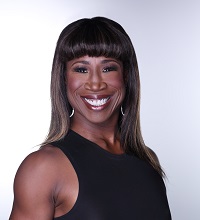 In April 1999, Anderson was featured on the cover of Dance Magazine and has also been featured in People and Pointe magazines, as well as on the television programs "A&E Breakfast with the Arts," "CBS News Sunday Morning," “Top Chef” and the game show, "To Tell the Truth." She has been honored by The Martin Luther King Foundation, Coalition of 100 Black Women, YWCA, Urban League, Asian Chamber of Commerce, Delta Gamma Foundation, Texas Woman’s Chamber of Commerce, National Council of Jewish Women, Delta Sigma Theta Sorority, Houston City Council, the Texas Legislature, and the United States Congress.

In January 2007, Anderson assumed her present role in Houston Ballet’s education department, where she conducts master classes at area schools and lectures to students on dance and her historic career. She also teaches master classes at conservatory dance academies around the world.

Her pointe shoes are on display in the Smithsonian’s National Museum of African American History and Culture.

Delia Neil, associate professor of dance and director of the Professional Training Certificate program with Charlotte Ballet, first met Anderson at the Regional Dance America Southeast Conference, where Anderson was a guest instructor.

“I had known about Lauren through reviews and writings regarding her performances with Houston Ballet,” Neil said. “At the conference, I had the opportunity to watch her teach young aspiring ballet dancers. Her charisma and energetic approach were revelatory. Students listened to her intently, and I marveled at how this famous ballerina could exude so much love and interest in teaching. She is so inspiring. I also got to have conversations with her regarding her career, her challenges as a Black ballerina, and I thought she would be a wonderful dancer to bring to our students.”

Above: Lauren Anderson in "The Sleeping Beauty." Photo by Geoff Winningham.