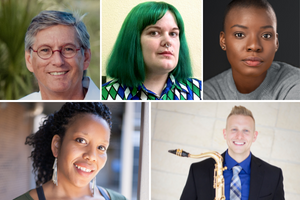 The College of Arts + Architecture (CoA+A) will honor five Distinguished Alumni on Friday, March 18, in the eighth annual celebration of alumni achievement. The award ceremony will take place at 11:30 am in Robinson Hall for the Performing Arts and will be open to the public.

The Distinguished Alumni Awards were created by the College of Arts + Architecture in 2015 to recognize the accomplishments of alumni who demonstrate in their work the core themes of the College's vision: professionalism, global perspective, environmental engagement, connectivity with community, collaboration, and the emergence of new ideas, skills, and practices. Each department designates one Distinguished Alum annually, chosen by departmental faculty and administration.

The 2022 CoA+A Distinguished Alumni are 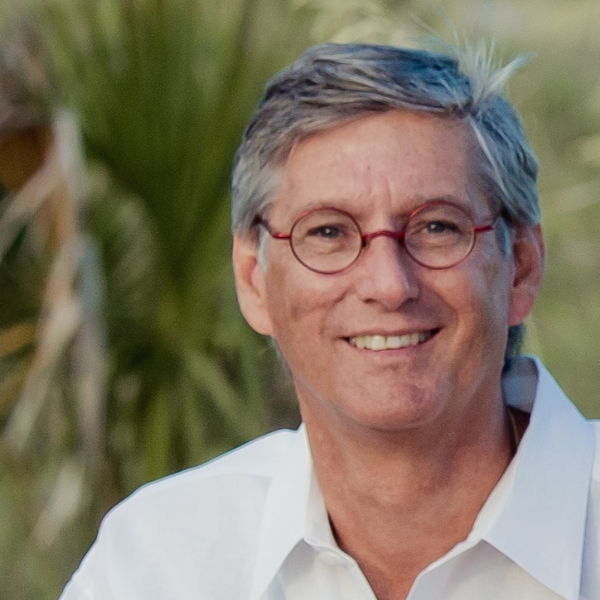 Dennis J. Hall, FAIA, FCSI (B.A. in Architecture, 1976) is the founder and CEO of HALL | AEC, an architectural and consulting firm headquartered in Charlotte. He is an award-winning architect and construction specifier, with numerous state and local design awards to his credit. In 2005, he was the recipient of the prestigious “Institute Honor Award” from the National Institute of Building Sciences, which “recognizes individuals or organizations that have made exceptional contributions to the nation and the building community,” and by Engineering News Record as one of the top 25 construction newsmakers of that year. He is a Fellow in both the American Institute of Architects (AIA) and the Construction Specifications Institute (CSI). In 2007, he received the William H. Deitrick Service Medal from AIA North Carolina, and in 2016, he received CSI’s highest honor of “Distinguished Member."

Hall has served in numerous leadership positions in the construction industry, including former national President of both the Construction Specifications Institute and Specifications Consultants in Independent Practice. He currently serves on the International Code Council’s Accessible and Usable Buildings and Facilities Committee, Board of Advisors for the Construction Information Network, and Board of Managers in several other industry organizations. 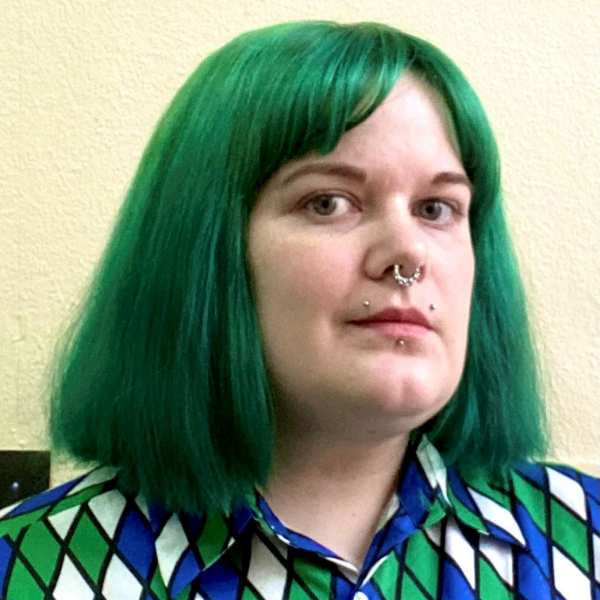 After completing her undergraduate studies at UNC Charlotte, Leah Amber McBride, Ph.D. (B.A. in Art History, 2012) began a master’s program with a focus on radical politics in 20th-century avant-garde art at the University of Glasgow, Scotland. During this time, her research interests began to shift as she fell in love with the vibrant contemporary arts culture across Scotland. She began her Ph.D. studies at the University of Glasgow in 2014 with an emphasis on transgressive representations of collective traumas in contemporary art. "I was interested in the ways in which contemporary artists attempt to address the cultural traumas inflicted by genocide, war, and terrorism from within specific cultural contexts rather than a universal conception of trauma as it is understood in the Global North," she says.

From 2015 to 2021, McBride taught art history courses at the University of Glasgow in both the Art History and Lifelong Learning departments, in subjects ranging from the Florentine Renaissance to the History of Psychogeography. She is currently working on a publication in collaboration with the Hunterian Art Gallery on Scottish modernist John Bellany’s painting and prints and an essay in an edited collection on the use of blood as an artistic medium in contemporary art. In 2021, she took on a position as an Admissions Officer at the University of Glasgow, where she focuses on postgraduate admissions in the College of Sciences and Engineering. 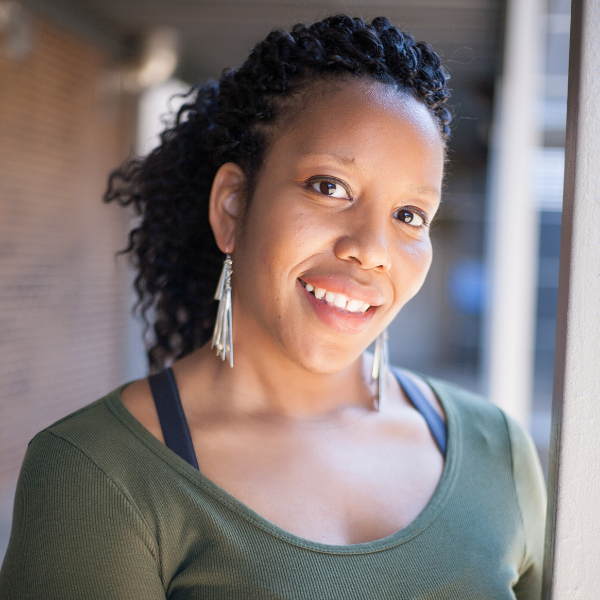 Chandra McCloud Glover (B.A. in Dance Education, 2003) hails from Durham, NC, where her love of dance grew after seeing an Alvin Ailey American Dance Theater performance in middle school. She studied at Florida State University and UNC Charlotte, majoring in Dance Education and minoring in Marketing. She spent summers at American Dance Festival as an intern and student, focusing on composition and technique. While at UNC Charlotte, Glover studied dance education under Pamela Sofras, interned at North Carolina Dance Theater, and was in multiple faculty performances.

Upon graduating, Glover became a Dance Educator with Charlotte-Mecklenburg Schools. She currently teaches middle school and high school dance classes at Northwest School of the Arts, where she serves as the Dance Department Chair. Her strength as a dance educator led her to serve as an adjunct professor teaching Dance Education Methods II at UNC Charlotte. In 2012, she received the Arts & Science Council Cato Excellence in Teaching Award for integrating academics into the arts, leading her to become a member of the Education & Outreach Committee at Charlotte Ballet. In 2015, she became a National Artist Teaching Fellow, allowing her to study at ADF and at Ailey. Glover then began a Repertory Scholarship Concert, which has given over $250,000 in scholarships, including her “Walk In Your Excellence Scholarship” that allows students to continue their dance training and purchase dancewear. An avid grant writer, she has obtained several grants to equip students with 21st-century skills, including integrating coding and dance.

Glover also serves as a Board Member of NC Dance Educators Organization and State Director for National Honor Society of Dance Arts, where her focus is building student leaders. She was named Charlotte Ballet’s 2018 Dance Educator of the Year, Northwest School of the Arts’ 2020 Teacher of the Year, and became a National Board Certified Teacher in CTE in 2021. 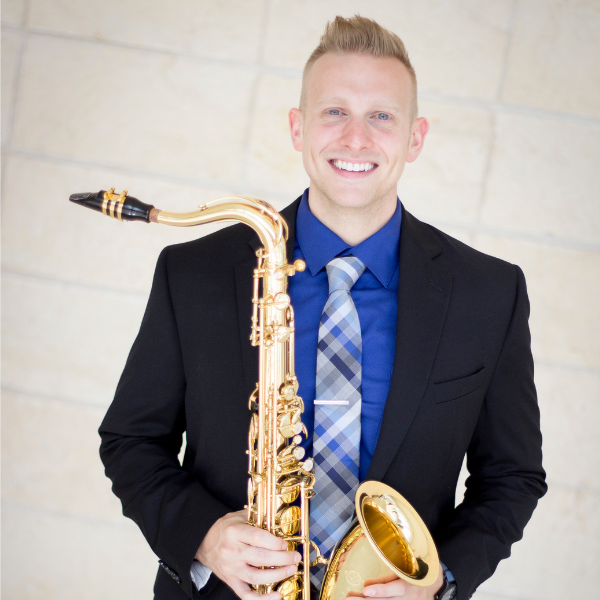 Originally from Raleigh, NC, Benjamin Still, D.M.A. (B.M. in Music Performance, 2013) is an active solo and chamber musician throughout the United States. Currently, he is a Visiting Assistant Professor of Music at Lenoir-Rhyne University, as well as Instructor of Saxophone at UNC Charlotte.

Additionally, Still has performed and presented solo and chamber music programs at conferences across the country, including the North American Saxophone Alliance, the Midwest Band and Orchestra Clinic, the International Saxophone Symposium, the College Music Society, and the Texas Music Educators Association. As a commercial musician, he has played with the Lubbock and Midland-Odessa Symphony Orchestras and has performed in ensembles featuring solo artists such as Rodney Booth, Steve Lippia, John Riley, Bob McChesney, Rich Perry, Jim Riggs, Bill Watrous, and Ethan Helm. 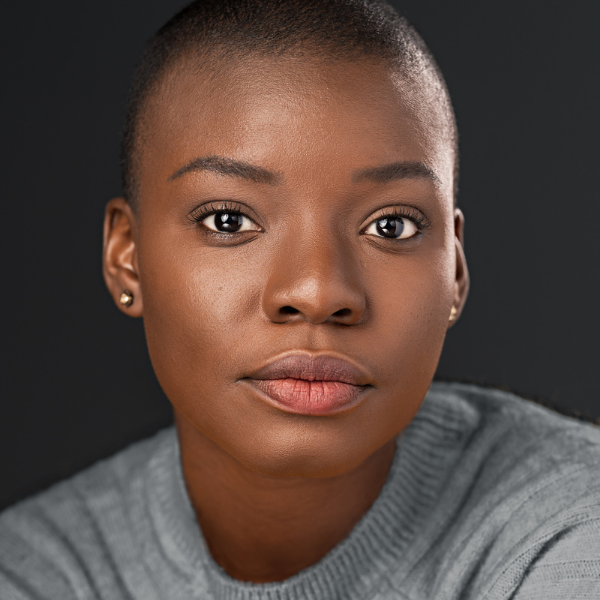 As a student at UNC Charlotte, Alexis Louder (B.A. in Theatre, 2013) was a member of the Indoor/Outdoor Track & Field team, with a track scholarship, so you know she bleeds 49er green!

A professional actor, Louder can be seen currently starring as Valerie Young, a rookie cop in Nevada, in the Joe Carnahan-directed feature film CopShop, opposite Gerard Butler and Frank Grillo.

In addition to the CopShop leading role, Louder has had a string of supporting, guest star, and recurring appearances in movies and television series, including The Originals, Teenage Bounty Hunters, The Tomorrow War, HBO’s series Watchmen and theatrical release Harriet, NBC’s Chicago PD, and Showtime’s The Good Lord Bird. On the horizon, she can be seen in Amazon’s conspiracy thriller series The Terminal List, starring Chris Pratt, in which she plays Nicole Deptul, a junior FBI agent and mother of two.