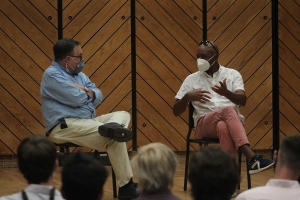 Sunday, September 5, 2021
Branford Marsalis tells students, "Listen to as much music as you can."

Dr. Will Campbell, professor of saxophone and director of the Jazz Studies program at UNC Charlotte, opened the class in conversation with Marsalis, soliciting questions from the audience. When asked to give advice to the students, Marsalis replied, "I wouldn't want to rob anyone of the joy of discovery. I learned so much through accidents. I've been surprised by music for 45 years." 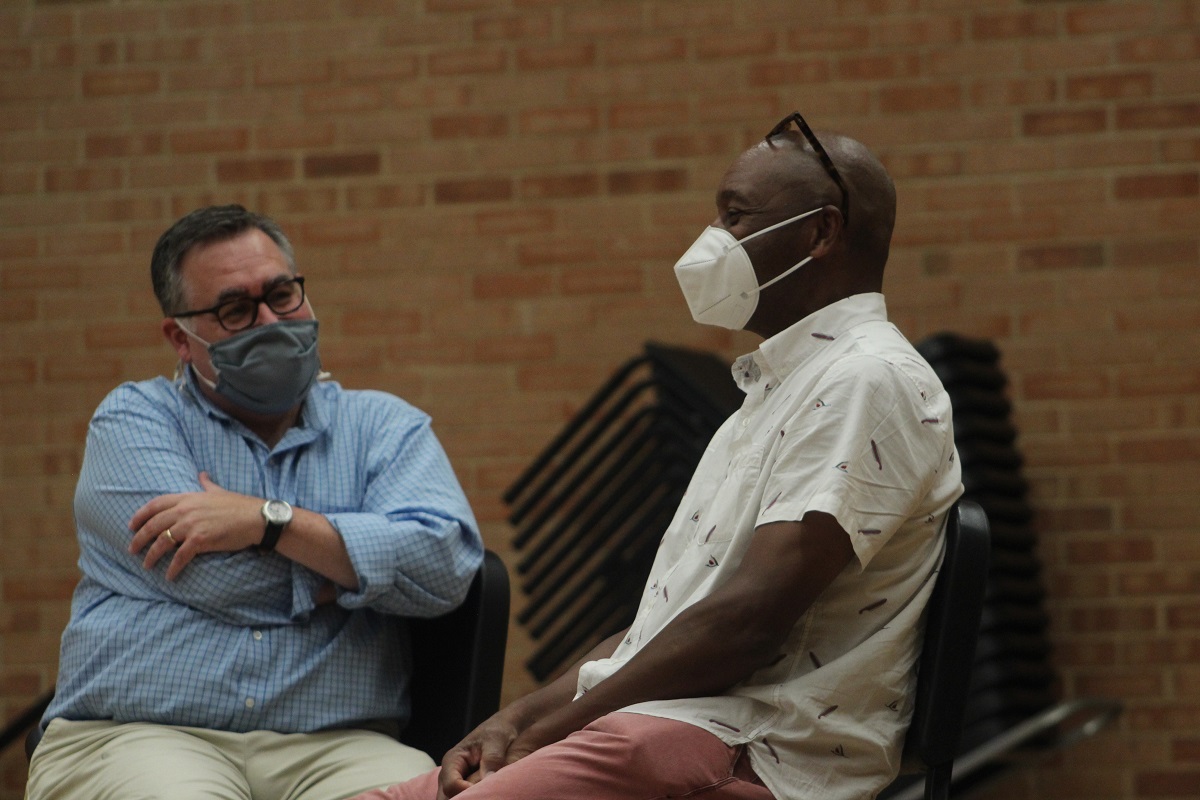 But his ultimate advice was "Listen to as much music as you can, so you can develop other sounds and other colors to express feelings. Your hearing gets better the more you try hearing. You have to hear things and know things in equal measure." 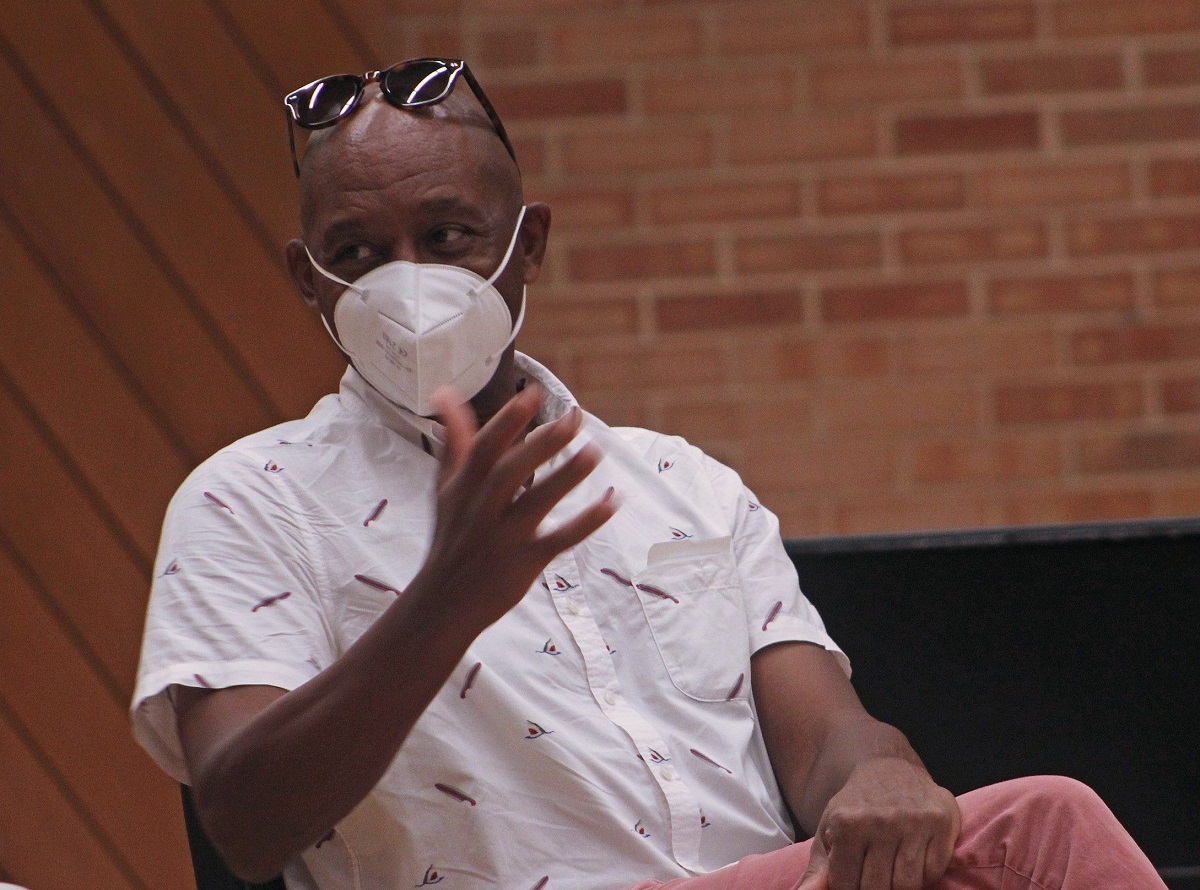 "If you're playing in a concert hall, 95% of the people listening don't know anything about music. How are you going to communicate with them? We're like magicians, creating sounds that have an emotional impact on people."

Three students performed for Marsalis. First up was pianist Malcolm McKinley. McKinley is a jazz scholarship student from Hillsborough, N.C. 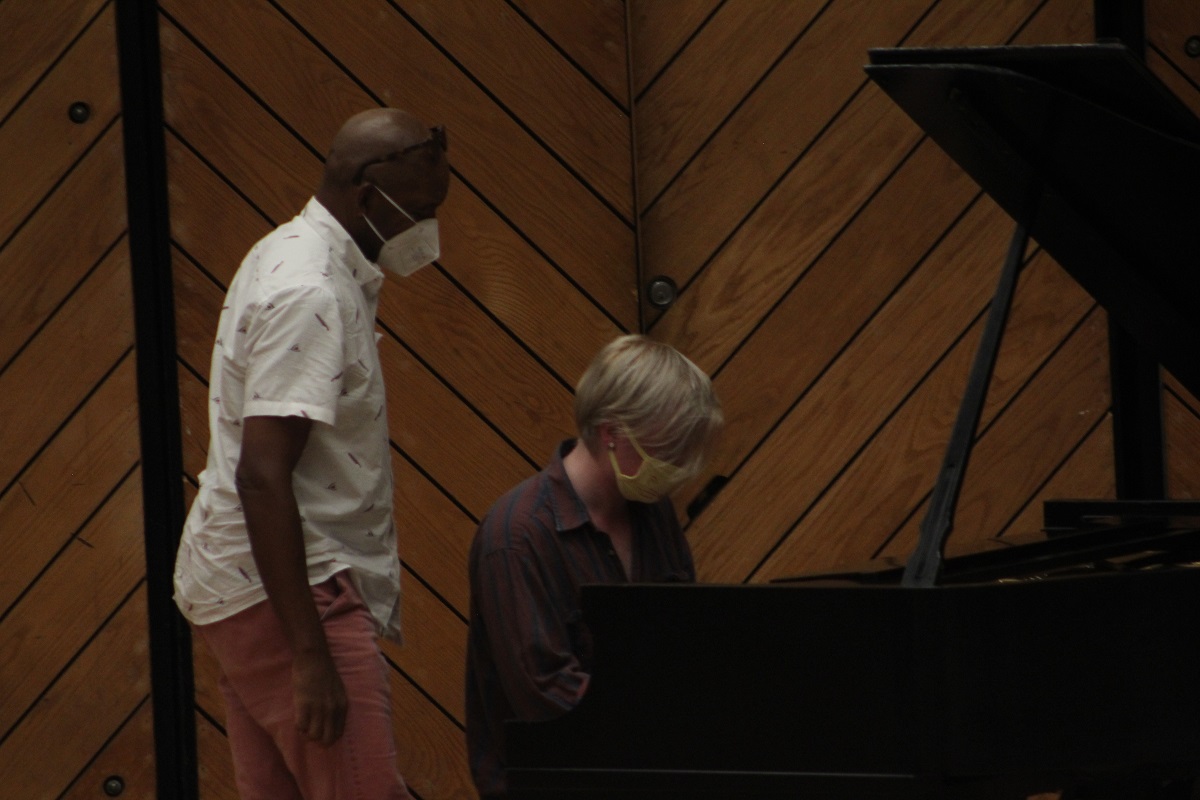 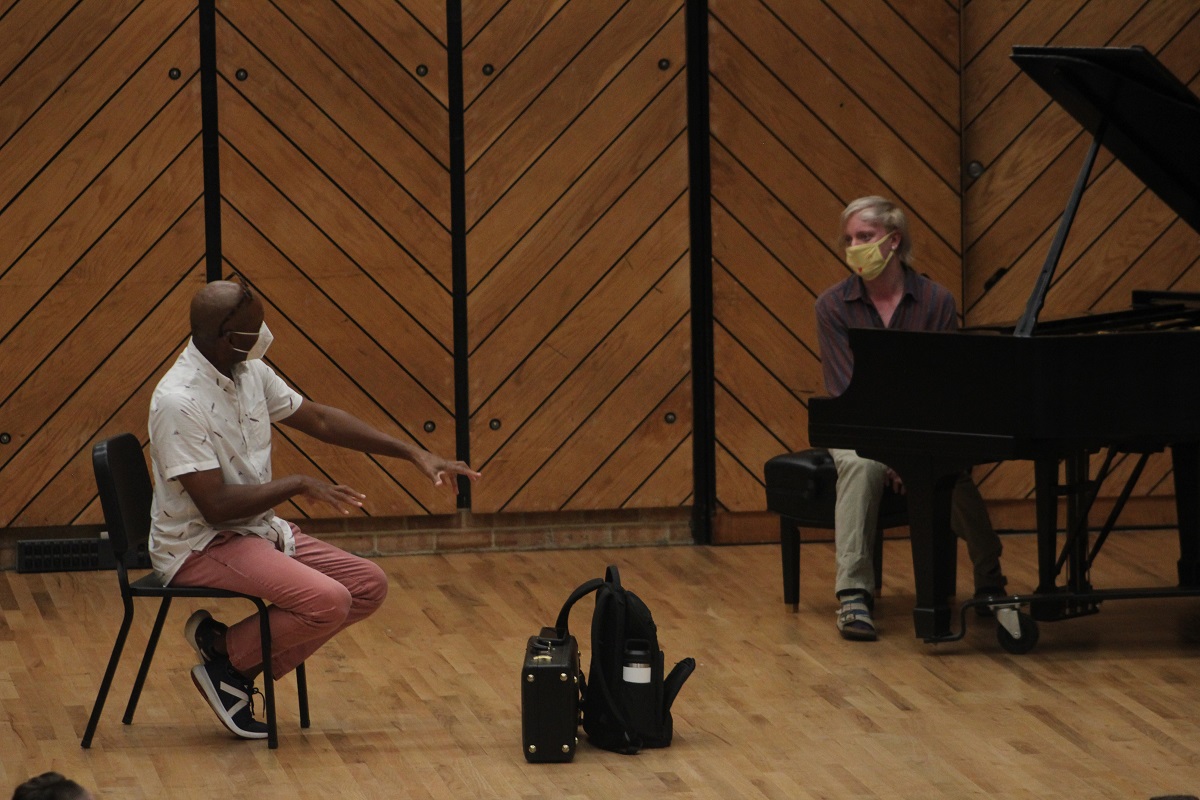 "I learned a lot from the masterclass," McKinley said. "Mr. Marsalis showed a breadth of knowledge that is not seen often, and articulated clearly his deep understanding of the jazz idiom and performance. His comments about the importance of sound were the most impactful for me, and gave me a lot to think about." 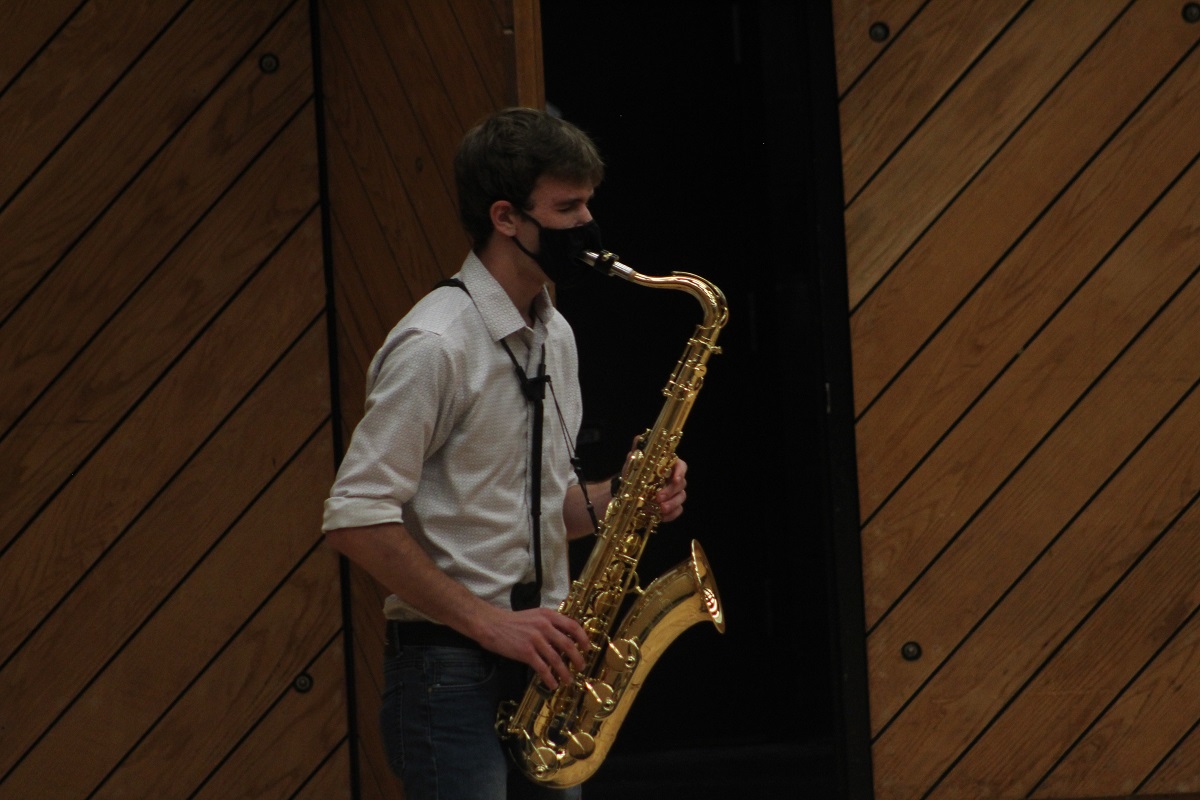 Saxophone student Adam Kallestad played the tune "Without a Song," by Sonny Rollins, whom Marsalis called "the greatest living saxophonist."

"It was an honor to meet and perform for Branford Marsalis," Kallestad said. "One of my largest takeaways from the masterclass he gave was the importance of melody and sound over technical brilliance. Each is necessary, but the latter can overshadow the music itself if not used tastefully." 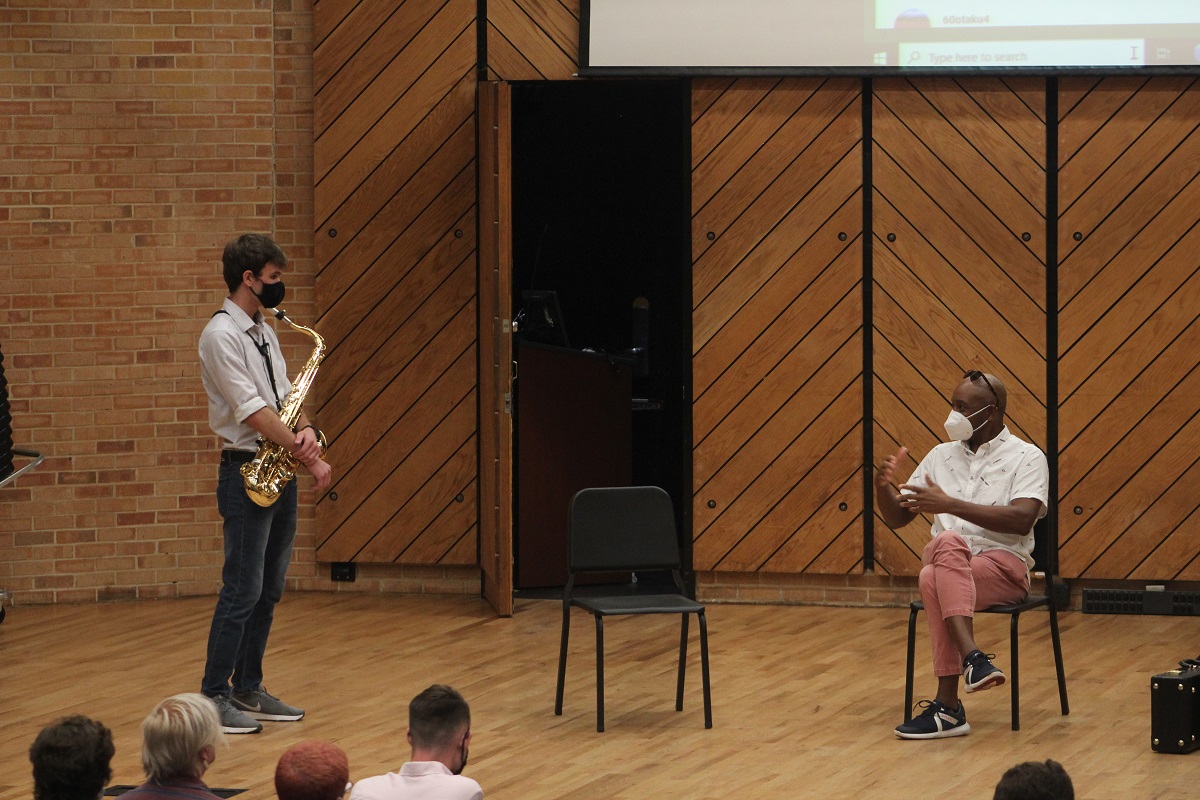 "I am so thankful to have had the opportunity to learn from such a musical giant in person - it's a once in a lifetime experience." 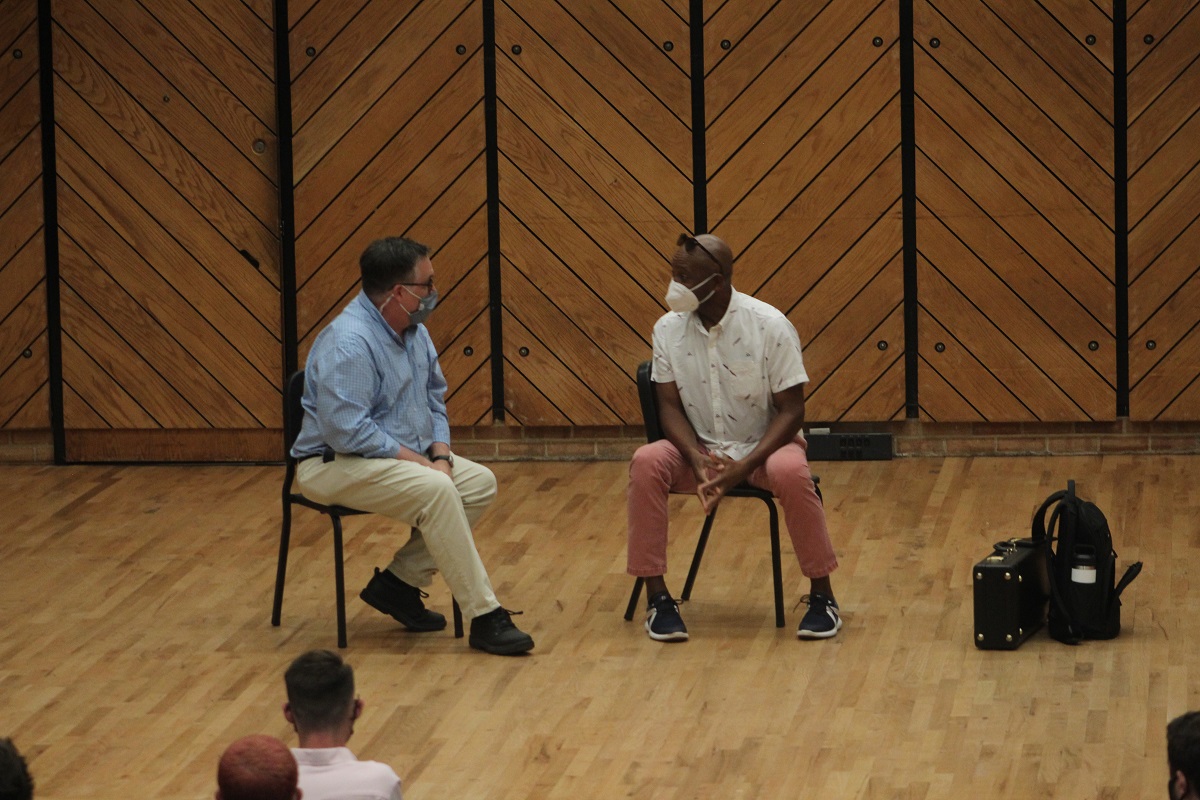 "I hear a lot of Sonny in your playing," Campbell later said to Marsalis. "Yes, he deserves royalties!" Marsalis admitted. 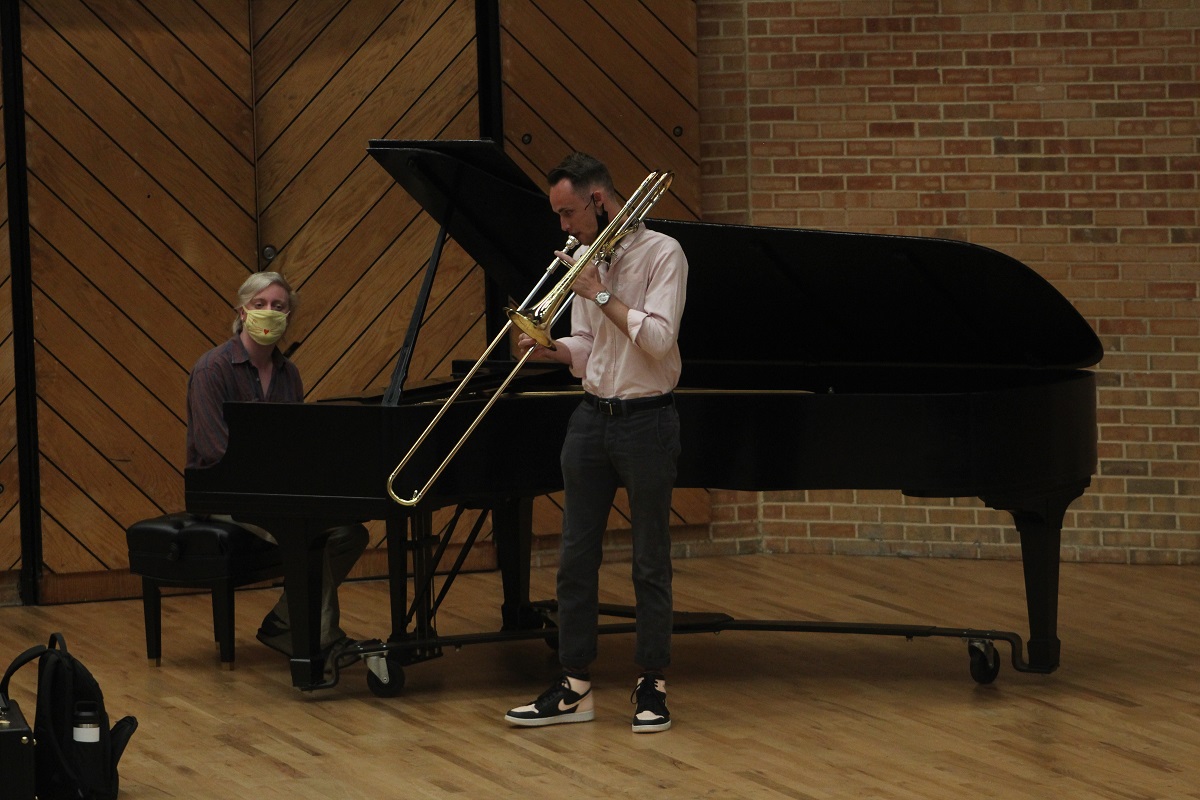 Tombonist Noah Hornburg was the last to perform, with McKinley on piano. This summer, Hornburg was selected for a Conn-Selmer scholarship to attend the Jazz Trombone Bootcamp. 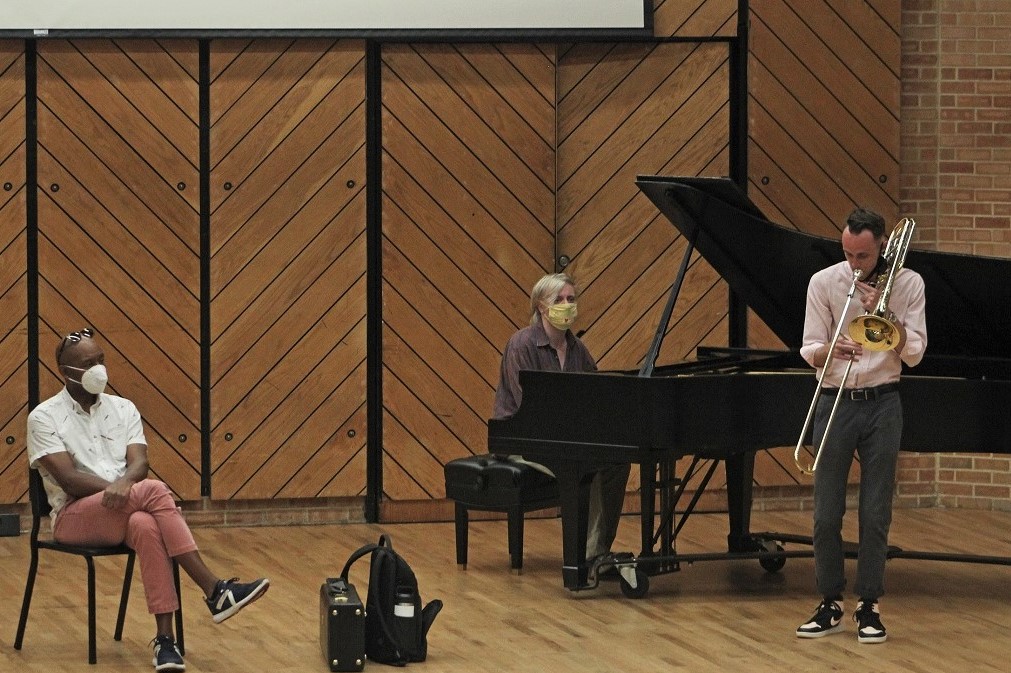 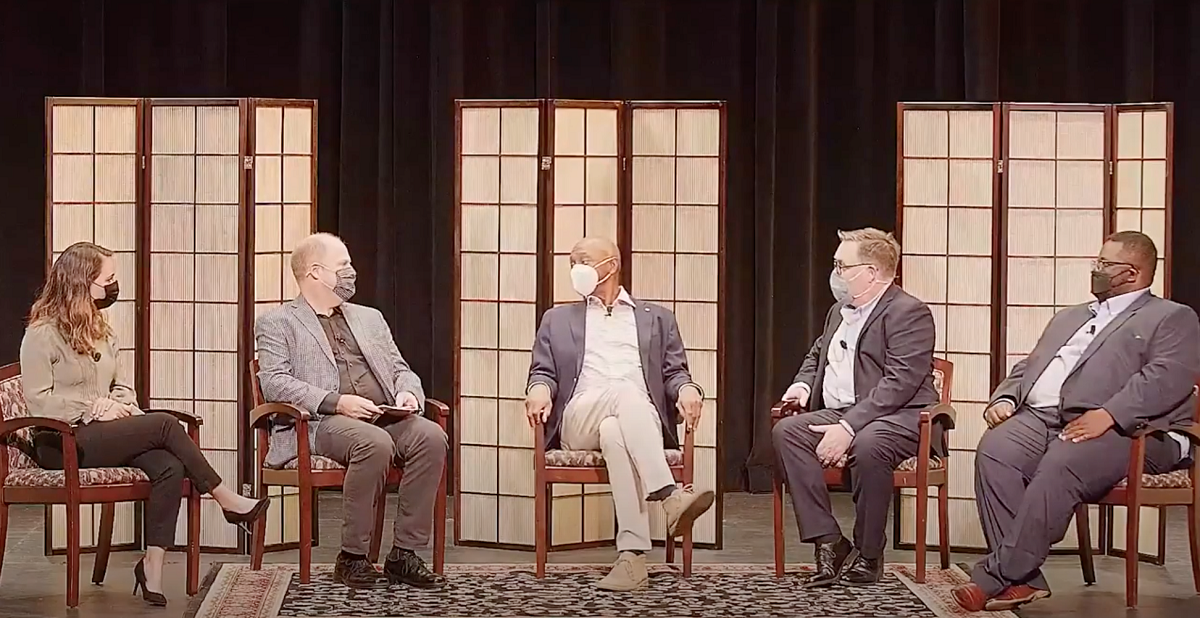 Click here to learn more about Charlie "Bird" Parker and our celebration in his 101st year.