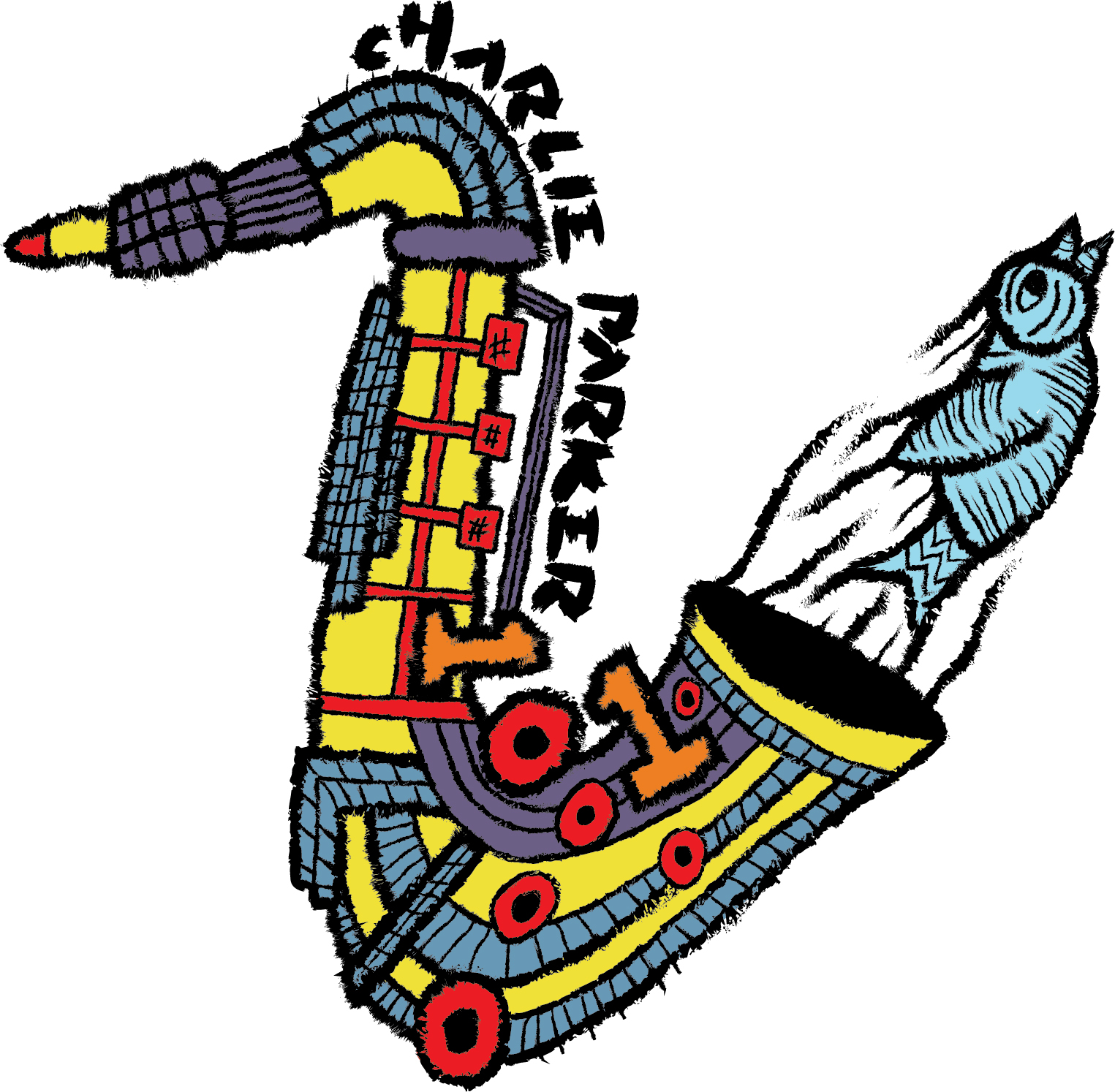 During the 2021-22 academic year, The Department of Music hosted a year-long celebration of the legendary Charlie Parker. To kick off the programming, we welcomed renowned saxophonist Branford Marsalis to the UNC Charlotte campus on August 30, 2021 for an afternoon of masterclasses with music students and an evening program that was part conversation, part demonstration. The celebration continued throughout the year with other collaborative events, presentations, and learning. 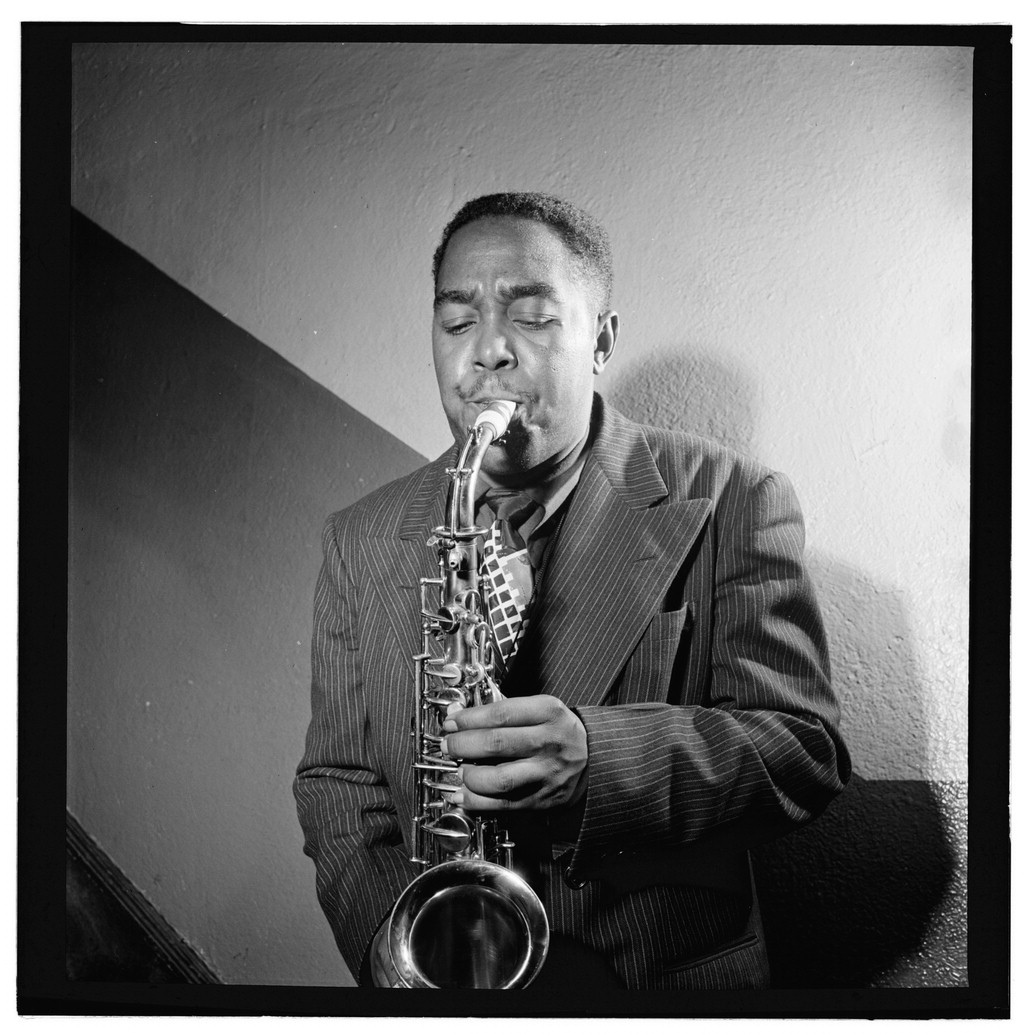 Bird Lives!  Charlie “Bird” Parker (1920-1955) was an innovator, a virtuoso, and an artist. In his 101st year, we’re taking the opportunity to explore Charlie Parker—to share the breadth and depth of a musician who made an indelible impact not only on jazz, but on the communities and spaces he came into contact with. Parker’s genius reverberated well beyond the circles of musicians with whom he played and those who came after him, inspiring visual artists like Jean-Michel Basquiat and Romare Bearden and writers like Ralph Ellison and Ted Joans.

Along with Thelonious Monk, Dizzy Gillespie, and Max Roach, Parker is best known for his musical innovations in the jazz genre known as bebop. Today, bebop is known as both a genre of protest (against racism in both American society and in a music industry that continually privileged white musicians over Black musicians) and as an outgrowth of swing. Bebop—especially as Parker played it—features extended harmonies, fast tempos, more triplets and syncopation, wide-ranging and sometimes angular melodies, and a high standard of virtuosic improvisation. Perhaps more than any other jazz musician, Parker’s approach to bebop remains a crucial part of the jazz lexicon today. Take a listen to his solos on “Klactoveedsedstene,” “Ornithology,” “A Night in Tunisia,” and “Ko-Ko” to hear a range of his approaches to improvisation—from solos filled to the brim with scalar passages and arpeggios to tuneful melodies. Through it all, Parker never lost the blues, masterfully merging tradition with a forward-thinking sound in tunes like “Now’s the Time,” “Billie’s Bounce,” and “Bloomdido.”

In his life, and well after his death, discussions of Parker’s musical ability have almost always been accompanied by sensationalized stories about his drug use. These stories dehumanized him and fitted him to racist stereotypes and tropes, rather than dealing with his complex life. Through tremendous societal and personal trauma—the racist, segregated system that routinely denied his humanity, the loss of his young daughter to pneumonia —Parker’s brilliance persisted.

“Bird Lives!” The message spread quickly after Parker’s death in 1955, graffitied in chalk on the streets, sidewalks, and walls around New York City—a reminder of the ongoing, never-ending importance of a man whose tragic death at age 34 didn’t keep him from changing jazz forever. When we say “Bird Lives!” we recognize the full life of a man whose music touched many. We acknowledge his continuous influence on a broad range of artistic communities. And we celebrate Parker’s place in an ongoing tradition of Black American music.

Dr. Kelsey Klotz, jazz historian and lecturer in the Department of Music 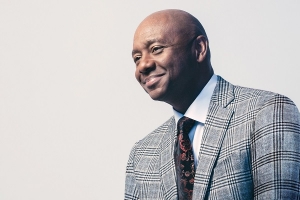 August 30 – Branford Marsalis
The College of Arts + Architecture is thrilled to welcome renowned saxophonist Branford Marsalis to the UNC Charlotte campus on August 30. After conducting an afternoon masterclass with music students, Marsalis will kick off the Department of Music’s year-long celebration of the legendary Charlie Parker with an evening program that's part conversation, part demonstration. Marsalis will speak about Parker, then engage in a discussion with music faculty and students, including audience Q&A, to further explore his unique perspective on jazz, music performance, artist-citizenship, and his singular career.

Presented in partnership with JazzArts Charlotte, this four week online interactive workshop explores the life of the legend, Charlie Parker. Dr. Kelsey Klotz, lecturer in the Department of Music, will chart Parker's development of bebop with his blazing virtuosity and revolutionary ideas, demonstrating how he personified the jazz musician as an uncompromising artist and intellectual rather than just an entertainer. Details and registration here.

March 23, 2022 - Charlie Parker: Reverberations
Presented in partnership with the Harvey B. Gantt Center of African-American Arts + Culture, this multifaceted event will explore the influence of Parker’s genius within and beyond his circle of musical collaborators. The evening will include live music, spoken word performance, and a panel conversation, featuring internationally acclaimed saxophonist Charles McPherson, along with UNC Charlotte faculty Jeffrey Leak, Kelsey Klotz, and Will Campbell.