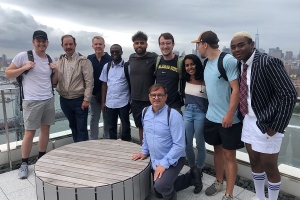 A group of architecture graduate students, led by Professor of Architecture Chris Jarrett, had the opportunity to take the School of Architecture’s first post-pandemic field trip this month, thanks to $5,000 in financial support from precast concrete industry partners. The sponsorship, organized by Ray Clark, executive director of the Georgia/Carolinas Precast Concrete Institute (PCI), included partnerships with Gate Precast, Tindall Corporation, Metromont, and the PCI Foundation.

The students in the ARCH 6103 studio are in their first year of the three-year Master of Architecture I degree program designed for students with non-architecture undergraduate degrees. Their field trip to New York City represented a “pivot” back to the kinds of in-person educational opportunities that the pandemic prevented.

“The pandemic has been particularly consequential for our MI cohort, who by this time in their education would have had two previous research field trips, in the fall and spring terms, to see and experience architecture in real time as an integral part of their formal graduate education,” said Jarrett. “With the changes in CDC's guidelines last month, followed by the university's release of travel restrictions on June 1, I took the initiative to seek funding to help the students travel. The industry partners at PCI made it all possible for the students. And they understood readily the impact the pandemic has had on higher ed and particularly students of architecture.” 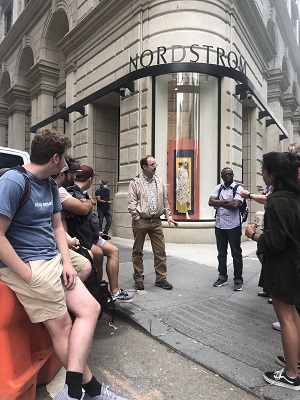 Fundamental to the studio curriculum, which took as its project site a location in Tokyo, was the study of concrete, and in particular precast concrete. Doug Flory, Capitol Region Director for Gate Precast, met the students in New York City and gave guided tours of three prominent buildings for which Gate Precast had provided concrete modules: The Bryant, designed by Sir David Chipperfield (London); Nordstrom’s flagship store at 5 Columbus Circle, designed by CallisonRTKL (Baltimore, Maryland); and One South First in Brooklyn, designed by COOKFOX in collaboration with SHoP (New York City). The students also had the opportunity to visit the newly opened Little Island at Pier 55, a public park designed by Heatherwick Studio (London) that is constructed from precast concrete modules. Subsequent to their trip, Greg Force, President and CEO of Tindall, delivered an online seminar on precast module design.

For their final projects, the students were charged with designing a hotel for the site in Tokyo that incorporated both poured-in-place concrete and precast concrete. Prompted by the upcoming Summer Olympics, which open July 23, Jarrett asked students to each choose an Olympic sport as thematic inspiration for their project. The five-week course ended June 28 with Final Reviews.

Four examples of student work are below: 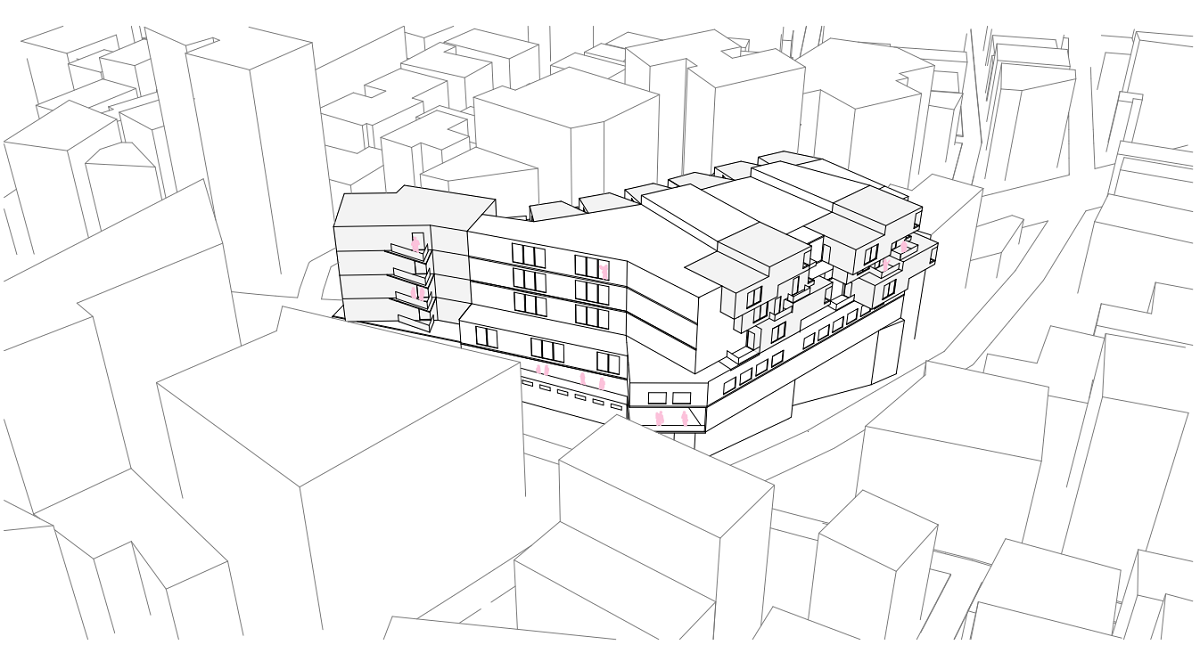 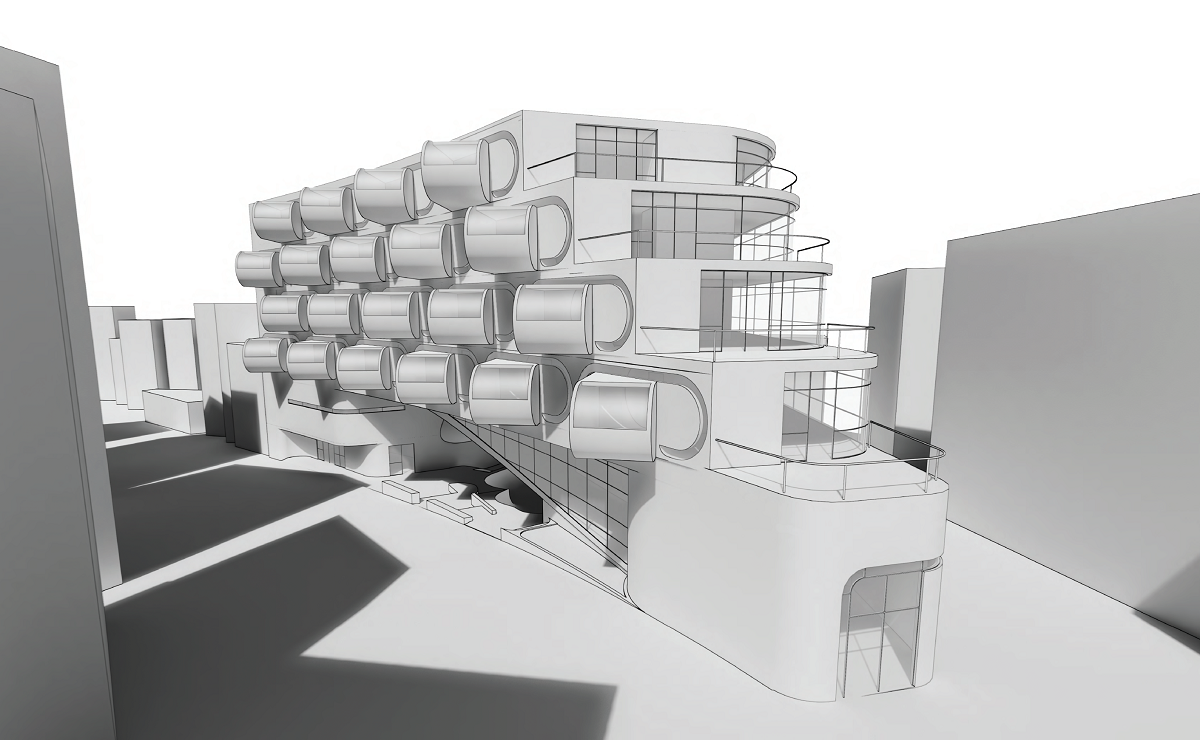 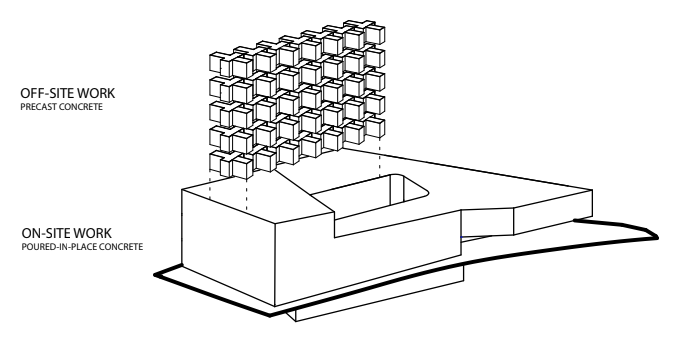 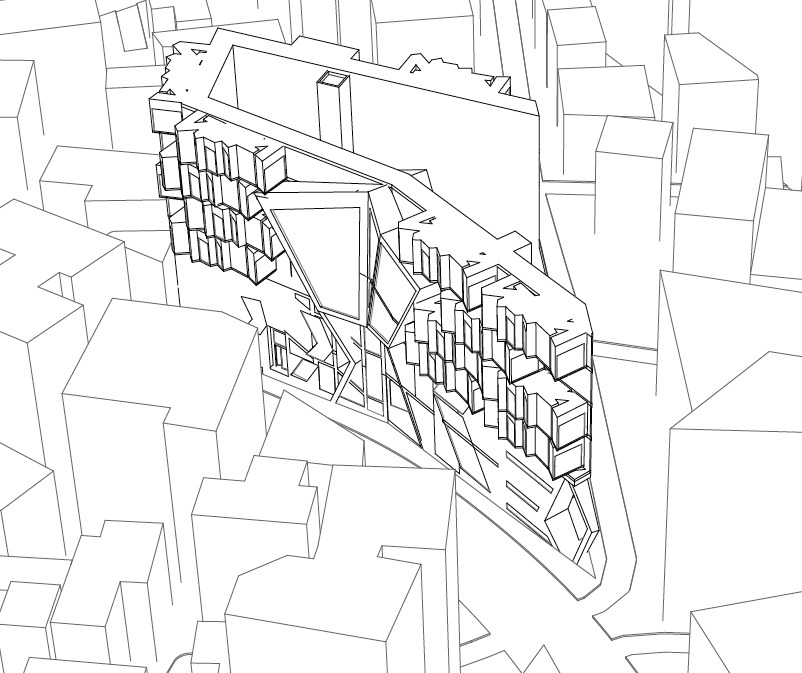