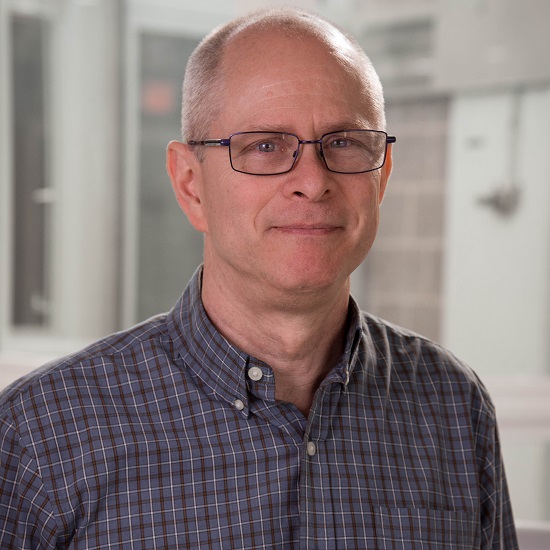 Not long after joining the UNC Charlotte faculty, in 1992, as an assistant professor of architectural history, Dr. Lee Gray decided it was time to write a book. Asking himself, “What’s going to be the most fun?” he looked back to the thesis he wrote for his master’s degree at the University of Virginia, An Architectural and Technological History of the Passenger Elevator From 1840 to 1889.

And thus, a career was born.

Gray is an expert on vertical transportation and the only fulltime elevator historian in the world. His book, From Ascending Rooms to Express Elevators: A History of the Passenger Elevator in the 19th Century, is the definitive text on the topic, and Gray is regularly consulted by reporters and documentarians. He has been interviewed by the New York Times about elevators, the Wall Street Journal about dumbwaiters, and National Public Radio’s Here & Now about escalators. He has appeared on the History Channel, the National Geographic Channel, and PBS’s NOVA, and was recently filmed for a new Canadian streaming TV series, Man vs. Time.

In 2003, Gray began writing a monthly column for Elevator World, the leading international trade journal for the vertical transportation industry. In April 2020, Elevator World published his 200th article. Yes, you read that correctly – 200 articles about elevators.

“They sound so simple,” he admits. “They go up and down.” So how could he possibly find so much to say about them?

First, he says, he “think(s) about this stuff every day.” Second, there’s a lot to think about. 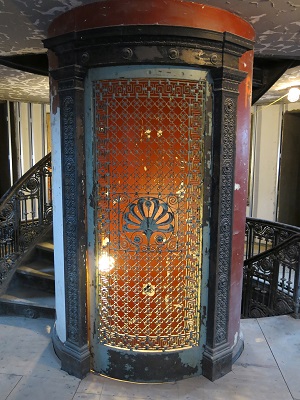 According to the National Elevator Industry, Inc., there are nearly one million elevators in the United States alone, and people in the U.S. travel some 2.55 billion miles on elevators and escalators each year. But it’s not just their ubiquity.

“It’s all the technology, which is complicated, the cultural dimensions – almost everyone has an elevator story – and the people involved, from inventors to manufacturers to users, are fascinating.”

So, while his 200th article was an investigation of the first elevator installed in the Texas State Capitol – complete with painstakingly created images based on patent drawings – earlier articles have covered such topics as elevators in the movies (see, for example, the 1994 Sandra Bullock flick, Speed), an episode of Mister Rogers’ Neighborhood that explores elevators and escalators, and the elevators in the original Starship Enterprise.

In Spring 2021, Gray is taking his first sabbatical in three decades of teaching and administration (he is also the Senior Associate Dean in the College of Arts + Architecture, but that’s another story). He is using that time to work on his second book, a history of escalators and moving sidewalks, which he hopes to complete in the summer of 2021. And he will continue his monthly articles in Elevator World.

“It’s really a privilege to be able to focus on one thing for more than 25 years,” he says. “I have fun with every single thing I write.”