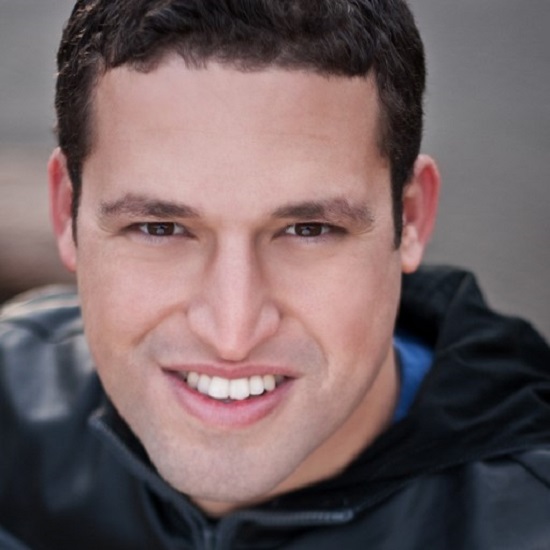 Growing up in Puerto Rico, Associate Professor of Physical Theatre CarlosAlexis Cruz never imagined he would become an actor. His father, an engineer, and his mother, a CPA, did not take him to see plays or other performances. Instead he was “groomed to be a math person,” he says. And he excelled at sports – team sports like baseball, basketball, and volleyball, but also individual sorts like gymnastics and surfing. When he went to college on the west coast of the island, as an engineering major, he would wake up at 5 a.m. and head out to the beach “to catch the cleanest swell.”

Cruz went see a play his freshman year and even though the theatre program at that university operated on a shoe string, he was struck by the “level of ensemble-ness” the “sense of community” among the players, he says. He joined a traveling commedia dell’arte troupe his sophomore year and soon realized he would not be happy as an engineer. Transferring to a university that offered a theatre degree, he still could not risk disappointing his parents who, he felt sure, would never understand his new career goals, so he double majored in communication studies and theatre and only informed his parents of the theatre degree upon graduation.

While in college, he attended a summer training program in Mexico City at Televisa, the biggest TV station in Latin America and the largest exporter of telenovelas. “I was going to be a soap opera actor,” he says. But commedia still called to him, so he forsook the glamour (and money) of daytime television and instead went to Italy to start his serious training in physical theatre then on to graduate school at Dell’Arte International School of Physical Theatre in California, where he met “powerful circus artists” from Montreal, “who really pushed open to door to circus.” 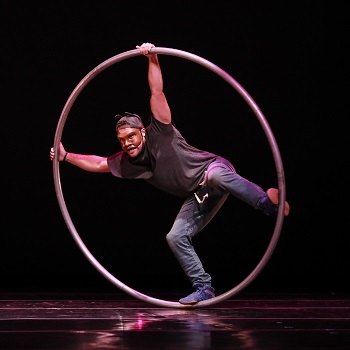 Certainly, Cruz’s athletic prowess (all those mornings on a surfboard) and a gift for comedy (he was the class clown in ninth grade) made him a natural fit for circus arts, but what appealed to him most about the circus was the ethic.

“This craft is about dedication, about what it means to be humbled by what is possible, what is physically achievable.” It is thrilling, he says, to see “humans overcome physical obstacles. It gives so much agency to the individual and so much power to the human race.”

Empowering individuals and communities that are often marginalized lies at the root of the Nouveau Sud Project, the community-centered contemporary circus company that Cruz founded in Charlotte with a 2014 McColl Award from the Arts & Science Council.  The Nouveau Sud project had its debut production in April 2016 and has continued to mount shows that address social justice issues, particularly issues of immigration and race and ethnicity. In 2019, Nouveau Sud received a $25,000 Celebrate Charlotte Arts grant from the Knight Foundation and in 2020 received the prestigious Creation and Touring Grant from the New England Foundation for the Arts (NEFA).

“Theatre is very powerful because it frees the individual. The individual is unique, and in Nouveau Sud we want to highlight their uniqueness and their strength. Once we lift up those voices, we allow them to tell their stories.”