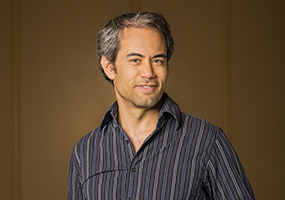 Dr. Brian Arreola, associate professor of voice and the director of Opera Workshop, will sing the role of Tybalt in Opera Carolina’s production of Charles Gounod’s Romeo & Juliet. The performances take place in the Belk Theater of the Blumenthal Performing Arts Center on January 24, 28, and 30.

Gounod’s treatment of Shakespeare’s famous tragedy was composed in 1867. The character of Tybalt, for tenor, is Juliet’s cousin who is slain by Romeo after killing Romeo’s friend, Mercutio.

Dr. Arreola has been described as a “robust Italian tenor” by the Washington Post. He performs frequently with Opera Carolina and has been featured with The Minnesota Opera, American Opera Theater, Opera Theatre of St. Louis, and Ente Concerti (Sardinia, Italy). In June 2015, he performed the role of Riccardo in Un Ballo In Maschera, presented at the Iford Arts Festival in Bradford-on-Avon, England.