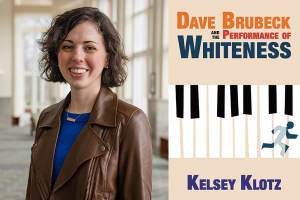 A new book by Dr. Kelsey Klotz, lecturer in music and Assistant Dean for Inclusive Excellence in the College of Arts + Architecture, explores the creation, manifestation, and interpretation of “whiteness” in mid-century America through the study of jazz musician Dave Brubeck. Dave Brubeck and the Performance of Whiteness, published by Oxford University Press, examines the white “cool jazz” pianist’s career, music, and reception in the 1950s and 1960s to broadly consider racial power dynamics in jazz music and the society at large.

Klotz first developed an interest in Brubeck as a graduate student at Washington University in St. Louis, where she earned a Ph.D. in Musicology in 2016. Gathering resources for a paper about Brubeck and jazz legend Louis Armstrong, she discovered a dearth of published research on Brubeck. Klotz says she was “pulled both to his music and to his story” and continuing her investigations, ultimately “found a wonderful archive filled with amazing things.”

Her developing interest in Brubeck coincided with the 2014 shooting of Michael Brown in Ferguson, Missouri (not far from St. Louis, where she was in graduate school), and the advancement of the Black Lives Matter movement.

“Becoming a jazz scholar at this moment really impacted my idea of jazz scholarship,” she says.

Brubeck, whose album Time Out sold more than a million copies, was active in civil rights efforts and used his fame to promote social justice. The scarcity of previous publications on his life and work presented Klotz with a wide landscape to consider Brubeck’s place in both jazz and 1950s and 60s society. The story that emerges is complex, raising questions about privilege, identity, and the structures of white supremacy.

“No one had really done an in-depth investigation into whiteness in jazz. Dave Brubeck was a good entryway into that discussion,” she says.

A composer as well as a pianist, Brubeck sometimes addressed social issues in his music, perhaps most notably in the 1969 cantata, The Gates of Justice, which sought to improve Black-Jewish relations in Cincinnati, Ohio. The subject of a chapter in Dave Brubeck and the Performance of Whiteness, as well as an article, the cantata will be performed in February, the centerpiece of a conference hosted by the University of California Los Angeles and the Lowell Milken Center for Music of American Jewish Experience. Klotz will be a featured presenter at the conference and in a related documentary.

Pictured above, Klotz with the cover of her new book, designed by Zachary Klotz. Below, Klotz being interviewed for the Music and Justice documentary. 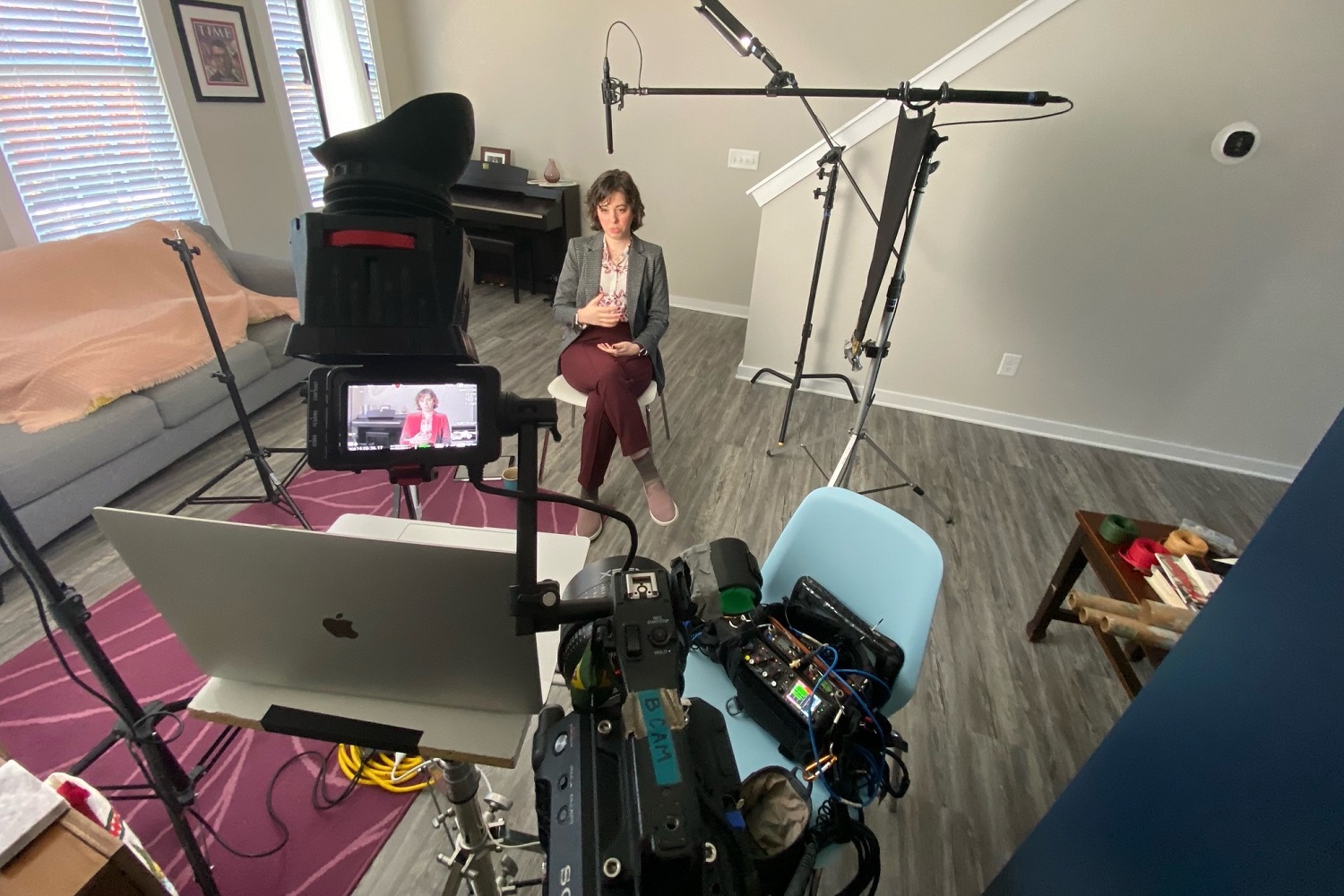