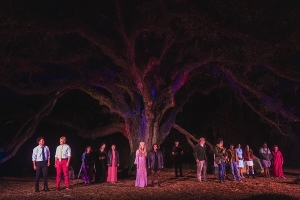 Assistant Professor of Directing Laura Waringer has returned to campus after a “reassignment of duties” last semester allowed her to finally bring her pandemic-delayed production of Into the Woods to fruition in November. Presented by Waringer’s company, Wanderlust, which puts musicals “on location” in site-specific, immersive productions, Into the Woods took place in a multi-acre private nature conservancy in Tallahassee, Florida.

“By removing the barriers of the physical stage, our production dropped the audience right into the middle of the action, creating a 360-degree theatrical experience that brings Into the Woods quite literally into the woods,” Waringer said. (Read a review of the show in Broadway World.)

Now Waringer is bringing her expertise in site-specific, immersive theatre to campus. This semester, she and Robinson Distinguished Professor of Shakespeare Studies Andrew Hartley are co-teaching a course in site-specific Shakespeare. The class will culminate in a performance of As You Like It, “which will utilize our own Van Landingham gardens on campus as our Forest of Arden,” she said. Those performances will take place April 28-30.

Waringer founded Wanderlust in 2018 while completing her coursework for a PhD in theatre studies at Florida State University. So far the company’s activities have been rooted in Tallahassee, but Waringer said she hopes to bring the work to Charlotte.

“As my work with Wanderlust is site-specific, the company itself is not bound to any one geography. Plans are in place to produce a Wanderlust production in Charlotte, potentially using Charlotte's rich mill history to create an original musical to stage on-site in one of our city's many repurposed mill spaces. The Loray Mill strike in Gastonia in 1929 is a particular story of interest to develop into a site-specific musical. We hope to explore and develop this fascinating piece of Charlotte history into an immersive work for the community.”

Waringer came to UNC Charlotte in 2019 and co-directs the College’s Musical Theatre Certificate program with Assistant Professor of Voice Sequina DuBose. In 2020 she directed her first musical for the Department of Theatre, See Rock City and Other Destinations. 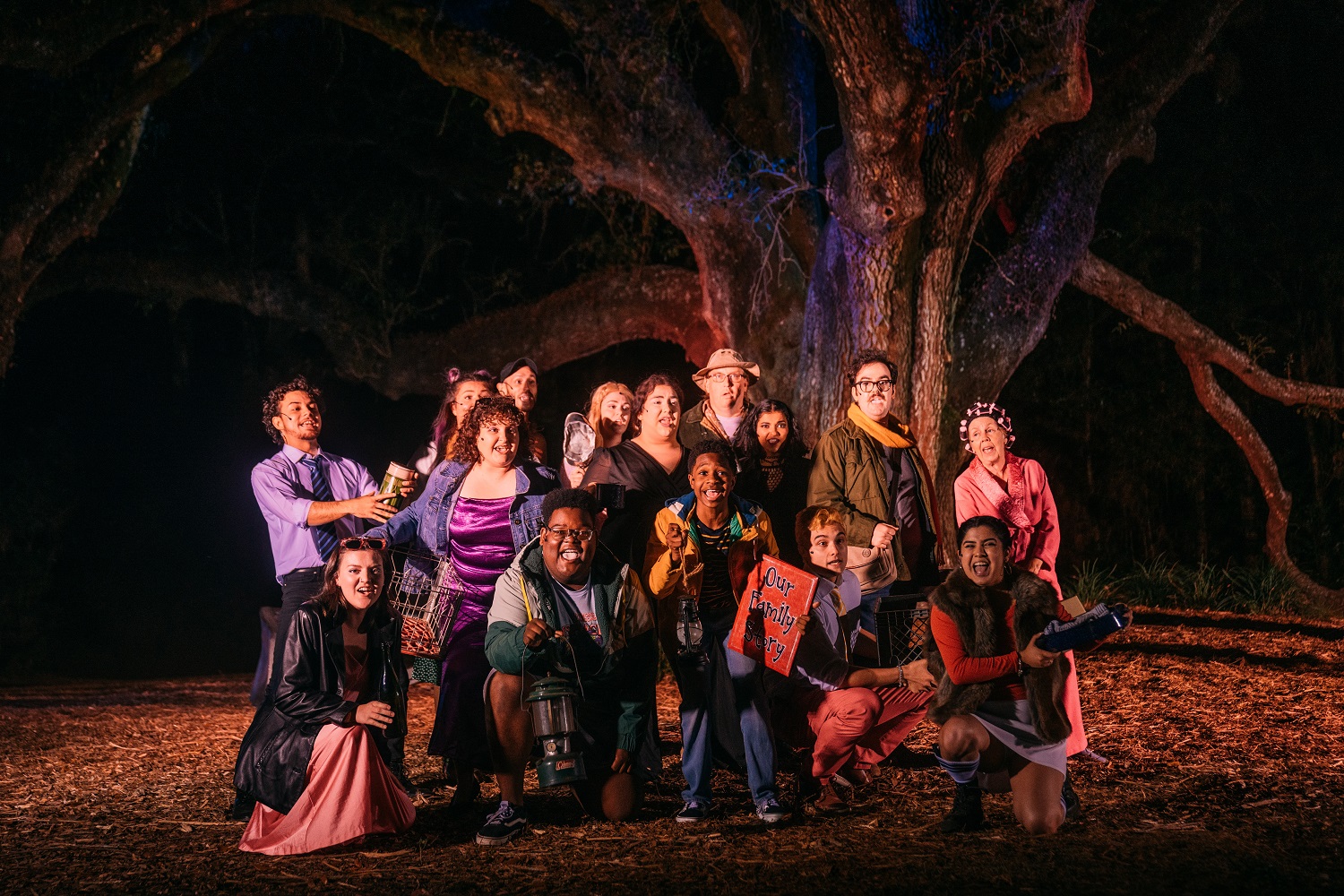 Above and top: the cast of the Wanderlust production of "Into the Woods" in Tallahassee, Florida.