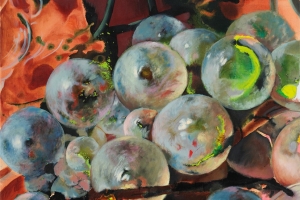 Rowe Galleries and the Department of Art & Art History are the first American hosts of a stunning exhibition developed by the Museum of Contemporary Art (MOCA) in London. Opening September 21, Nature Morte:  Contemporary Artists Reinvigorate the Still Life Tradition seeks to illustrate how leading artists of the 21st century have reinvigorated still life, a genre strongly identified with the 16th and 17th centuries. This major exhibition will be one of the largest ever presented at the Rowe Galleries, with works displayed by national and international artists such as Gabriel Orozco, Wayne Thiebaud, Jennifer Steinkamp, and Donald Sultan, alongside works by local artists such as MyLoan Dinh, Linda Foard Roberts, and Andrew Leventis. A full list of exhibiting artists is below. 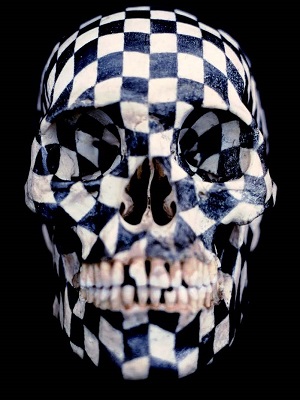 Nature Morte is based on chief curator Dr. Michael Petry’s book of the same name, which brings together for the first time the poignant, provocative re-imaginings of the traditional still life by more than 180 international contemporary artists, including David Hockney, John Currin, Sherrie Levine, Reena Saini Kallat, Damien Hirst, Gerhard Richter, and Ai Wei Wei. Both the book and the exhibition explore the timeless themes of life, death, and the irrevocable passing of time in works that invite us to pause and reconsider what it means to be human.

The exhibition is the first stop on a proposed American tour, after a much lauded European tour that included London’s Guildhall and the Museum of Contemporary Art at the newly modernized 1913 Four Dome Pavillion in Wroclaw, Poland. In each venue, historic works have been borrowed from local museums to complement those that form the spine of the exhibition coming from London. In Charlotte, UNC Charlotte curators Adam Justice and Andrew Leventis have added historical and contemporary works from local sources and from artists nationwide. 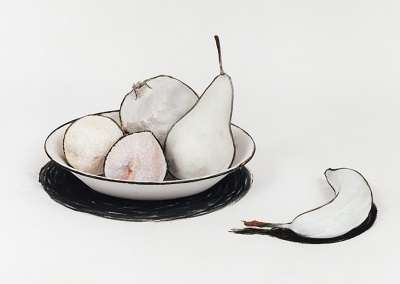 The still life, or nature morte, has been a constant subject throughout the history of art, its significance changing over time. As an independent genre of painting, the still life came into its own in the mid 17th century, when the Flemish term stilleven first came to be applied to oil paintings characterized by their tight focus on an assortment of objects sitting on a flat surface.

The exhibition at Rowe Galleries will include a visually enticing selection of more than 100 artworks, as viewers are confronted with the questions, what is real and what is representative. While the traditional topics of still-life – flora, fauna, the domestic object, food and vanitas – are represented, the works come from a wide range of disciplines, going beyond the two-dimensional to include sculpture, digital, and sound.

On September 21 at 5:30 pm, Petry and co-curator Roberto Ekholm of MOCA London will join Justice and Leventis at Rowe Arts for a public conversation about the still life in contemporary imagination, followed by a reception. The exhibition runs through November 3.