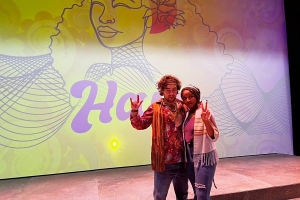 Musical Theatre Certificate students Logan Pavia and Charity Williams had the opportunity this summer to participate in the Hawaii Performing Arts Festival, a prestigious, international professional development program for emerging artists. Now in its 17th season, the Hawaii Performing Arts Festival offers tuition-based training in which students participate in workshops, voice lessons, and classes with Broadway professionals that culminate in the mainstage production. Participants are chosen through audition, and cohorts include students from the U.S., Canada, Australia, Asia, Africa, the Middle East, South America, and Europe.

Last academic year, the Musical Theatre Certificate program welcomed guest artist Justin John Moniz to work with UNC Charlotte students. Moniz leads the Master of Music in Musical Theatre Performance at the Steinhardt School of Music at New York University, where he is Associate Director of Vocal Performance, and is also the executive director of the Hawaii Performing Arts Festival. Moniz invited UNC Charlotte students to audition for the festival; Pavia and Williams were accepted into the festival and cast in the production of Hair. 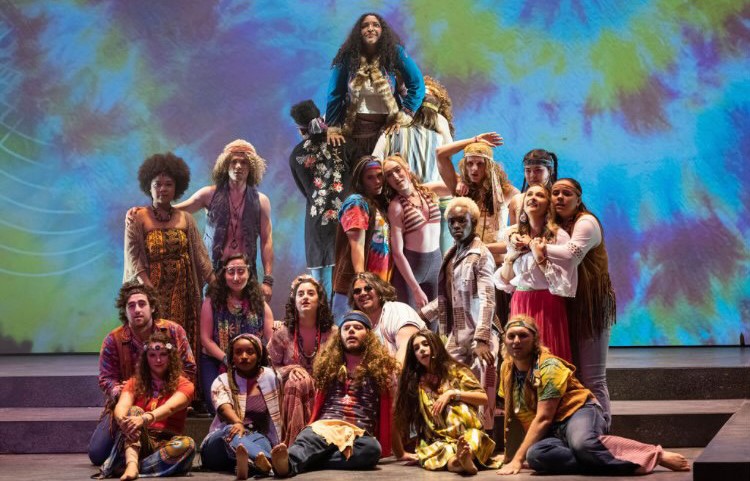 "While we aren't surprised that our talented students were given this amazing opportunity, we are thrilled that they had the chance to apply what they've been learning in our classrooms in a professional performance setting,” said Laura Waringer, assistant professor of theatre and co-director of the Musical Theatre Certificate program. “Working alongside artistic peers and industry professionals from across the country is an invaluable experience, and we know this is just the beginning in terms of what students in our program can achieve."

While at the Hawaii Performing Arts Festival, Pavia and Williams were hand selected by composer Joey Contreras to perform his songs in concert as part of the festival's programming. The concert, including Pavia’s and Williams’s performances, received a positive review in Big Island Music.

Pavia is a theatre major and most recently performed the title role in the College of Arts + Architecture’s Spring 2022 production of Pippin. Williams is a dance major who most recently performed in the 2022 Spring Dance Concert in Rooted, a work by dance professor Tamara Williams. Both students study voice with Assistant Professor of Voice Sequina DuBose.

"We are exceptionally proud of our students who are representing UNC Charlotte's theatre, dance, and music departments and the Musical Theater Certificate program, as well,” said DuBose, who directs the certificate program with Waringer. “They have grown so much and are a fine example of the high-quality talent and work ethic we are producing in our programs."

Both students received scholarships from the Hawaii Performing Arts Festival and tuition support from the College of Arts + Architecture to attend the festival.