Shakespeare in Action Presents Semester-long Study of Merchant of Venice 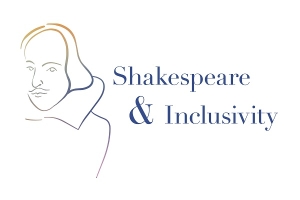 Shakespeare in Action, an interdisciplinary initiative housed in the College of Arts + Architecture and guided by faculty in the Theatre and English departments, has organized a semester-long case study of Shakespeare’s play, The Merchant of Venice. Beginning with a lecture on February 2 by Robinson Distinguished Professor of Shakespeare Studies Andrew Hartley, Shakespeare and Inclusivity will include public lectures, a film screening, a scenes workshop, and a seated reading, examining issues of representation in Shakespeare’s works through the lens of the controversial play.

Published in 1600, The Merchant of Venice has been criticized as both anti-Semitic and racist in its attitudes towards and depictions of two characters in particular, the Jewish moneylender Shylock and the Prince of Morocco, a would-be suitor of the central female character, Portia.

“People have lots of reservations about whether the play should even be done,” says Hartley, noting that the play was popular in Nazi Germany. “We want to wrestle with it a little bit. Part of our job as educators is to get a grip on these issues and have a more complex conversation.”

Shakespeare and Inclusivity actually originated as a COVID-related pivot. Hartley had planned to lead a Shakespeare study tour to London over spring break. When that trip abroad was cancelled because of a surge in virus cases, he and theatre department chair Lynne Conner looked for an alternative adventure for students that would include in-person engagement with a high-quality Shakespeare performance. The Shakespeare Theatre Company in Washington, D.C. will perform The Merchant of Venice in late March, and the Department of Theatre has organized a field trip for students to see a performance.

Hartley and his theatre department and Shakespeare in Action colleagues then developed the series of public activities that interrogate the play, its performance, and its reception. “It’s good to have multiple events and multiple voices – to air different positions and talk about it in different ways,” Hartley says.

The schedule of events (see below) culminates with a seated reading of the play featuring five local professional actors in key roles, with UNC Charlotte faculty and students playing smaller parts. The opportunity for students to work alongside professionals is an important aspect of the project, Hartley says.

“The great thing about involving professionals is that students get to experience that level of execution, to be in the room with very skilled, well-prepared actors.”

Feb 2: “Mislike me not for my Complexion,” The Merchant of Venice and Shakespeare’s Diversity Problem, Dr. Andrew Hartley