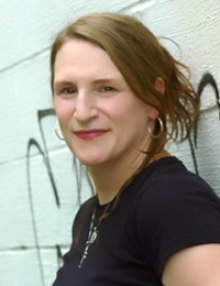 Robin Witt is a theatre director who joined the Department of Theatre faculty in 2010. She teaches Play Analysis, Directing I and II, Theatre Collaboration, as well as special topics classes. On the UNC Charlotte campus, Robin has directed Women of Trachis, The Children’s Hour, Hamletmachine, The Merry Widow (in collaboration with the Department of Music), 4.48 Psychosis, The Seagull, India Song, and Project / Hope. Along with colleagues Dr. Susan Harden and Dr. Jeanmarie Higgins, Robin and the Theatre Collaboration class have created four highly successful devised theatre pieces that integrate issues of social justice, community, and ensemble-based theatre. She is a graduate of NYU Tisch School of the Arts (BFA) and Northwestern University (MFA), and she is an ensemble member both at Steep Theatre and Griffin Theatre Company in Chicago. She is a member of Actors’ Equity Association (AEA) as well as the Stage Directors and Choreographers Society (SDC).

Robin maintains an active career in Chicago, where she has directed many plays including Cordelia Lynn’s Lela & Co, John Van Druten’s London Wall (Jeff Awards, 2016 Director and Production), Ena Lamont Stewart’s Men Should Weep (Jeff Awards, 2015 Director and Production), Terrence Rattigan’s Flare Path, Dennis Kelly’s Love and Money, Amanda Peet’s The Commons of Pensacola, and the U. S. premieres of Simon Stephens’ Motortown, Wastwater, Pornography and Harper Regan. Robin’s productions have been cited as “Best of the Year” by The Chicago Tribune, Chicago Sun-Times, TimeOut, and Chicago Reader where she has been described as “fearless,” “a powerhouse,” “galvanic,” and “unstinting.” Her international work includes Juliet: A Dialogue About Love at the Edinburgh Fringe Festival (2013). Her 2018-19 season included A Doll’s House, Part 2 at Steppenwolf Theatre; A Number at Writers Theatre; and For Services Rendered at Griffin Theatre.