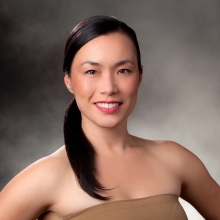 A choreographer, dancer, and native New Yorker, Kim Jones is an associate professor of dance at UNC Charlotte, a régisseur for the Martha Graham Resource Center, and founder and artistic director of Movement Migration. She danced with the Martha Graham Dance Company (2001-2006) and the Metropolitan Opera Ballet (1998-2003) and served as a principal dancer in the US National Tour of The King and I (2005).

Jones's article,  “American Modernism: Reimagining Martha Graham’s Lost Imperial Gesture (1935),” was the cover article of the December 2015 issue of Dance Research Journal, published by the Congress on Research in Dance. Her chapter, "Transmission as Process and Power in Graham’s Chronicle (1936)," appears in the book Transmissions in Dance: Contemporary Staging Practices, published in 2017 by Palgrave.

In 2016, Jones reconstructed Paul Taylor's Tracer (1962), a collaboration with the artist Robert Rauschenberg (set and costumes), which had not been categorically archived and had no historical video, audio, or first-hand oral record. Jones and the Department of Dance received a 2016 Art Works grant from the National Endowment for the Arts (NEA) for the support of this project. Read a New York Times article about her process.

Tracer was set on Taylor 2 Dance Company members, who performed it at UNC Charlotte on September 30, 2016, and again in New York City at the 92nd Street Y on December 16, 2016, where it was reviewed by New York Times chief dance critic Alastair Macaulay. Tracer has been accepted into the Taylor 2 Dance Company repertory and continues to receives further performances, including performances in June 2022 at the Joyce Theater.

Jones has also brought masterworks to students at UNC Charlotte. She received a 2010-2011 National Endowment for the Arts (NEA) American Masterpieces grant to restage Martha Graham’s Primitive Mysteries (1931) on dance students. Jones has also restaged student performances of Graham’s Panorama (1935), performed on the January 2013 concert with MGDC, and Steps in the Street (1936), which received a Charlotte performance with MGDC in January 2015 and a Joyce Theater (NYC) performance in February 2015 as part of the MGDC University Partners Showcase. UNC Charlotte students also learned Taylor's Tracer and performed the work throughout the 2017 year at UNC Charlotte and in educational outreach programs in area high schools.

In 2017, Jones founded Movement Migration, a company of professional dancers steeped in the celebrated traditions of classical ballet and modern dance. The company, with dancers, who span four decades in age and hail from across the globe, offers an innovative approach to live performance and dance education dedicated to access, inclusion, and community building.

Jones's newest research project is an investigation into the choreography of Korean dancer/choreographer Choi Seung-Hee (1911-69). Widely regarded as Korea’s first modern dancer, Choi lived an eventful life through the Japanese occupation of Korea and the Korean war. Jones began her study of Choi in 2019 and in June 2022 presented a work inspired by Choi at the DAP Festival in Italy. In July 2022 she joined a cohort of 25 higher education faculty in Chicago for the National Endowment for the Humanities (NEH) Summer Institute: Making Modernism: Literature, Dance, and Visual Culture in Chicago, 1893-1955, where she continued her research. Learn more here.