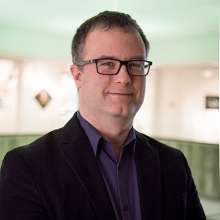 James F. D. Frakes is Professor of Art History at the University of North Carolina, Charlotte.  His book, Framing Public Life: the Portico in Roman Gaul (2009) looks at the installation of a common Mediterranean architectural form in the Gallic provinces, and analyzes how the colonnaded walkway both promoted and sustained new forms of social identity. He has recently contributed an essay on the forum as a Roman urban phenomenon for Blackwell's A Companion to Roman Architecture (2013) and is co-editor of Beyond Boundaries: Visual Culture in the Roman Provinces (2016) from the Getty Press.  His current work focuses on the visual cultural systems that marked the era of the Severan Dynasty (193-235 CE).