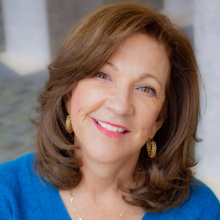 Deborah Ryan is a registered landscape architect and a Professor of Architecture and Urban Design at UNC Charlotte, the only woman to achieve that rank in the School of Architecture’s almost 50-year history. She is a former adjunct faculty member in UNC Charlotte’s Master of Science in Real Estate program (MSRE), and a co-instructor of classes in Women’s Studies and Department of Africana Studies. Professor Ryan is also the former Director of the University’s Master of Urban Design program, a former member of the landscape architecture faculty at the Graduate School of Design at Harvard University, and a former Visiting Critic in Historic Preservation at Columbia University.

At UNC Charlotte, Professor Ryan was the founding and former Director of the Charlotte Community Design Studio (CCDS), the first, off-campus, community outreach arm of the College of Architecture. In that capacity, she raised and oversaw over $1,000,000 to fund educational events and demonstration projects that illustrated innovative planning principles in the southeastern U.S. She brought the Mayors’ Institute for City Design: South, funded by the National Endowment of the Arts (NEA), and the Open Space Leadership Institute, funded by the Knight Foundation, the Urban Land Institute, and Z. Smith Reynolds to the CCDS and served as Director of both.

Her professional work in Charlotte includes the UNCC Urban Open Space Study that led to $54M in funding for Romare Bearden Park and the designation of First Ward Park, Charlotte’s Third Ward Vision Plan with design alternatives for Romare Bearden Park (with Civitas and HR&A), Charlotte’s Second Ward Master Plan (with LandDesign), and Charlotte’s South Tryon Master Plan (STAMP) that contributed to the design of the Levine Cultural Campus. With graduate students in the UNCC Master of Urban Design program, she led the community engagement process and writing of Charlotte’s Millennial Plan that led to the city undertaking the 2040 Comprehensive Plan, the study of TOD projects at Old Concord Light Rail Station, Amtrak Railyard/Parkwood/ 25th Street Stations, South Tryon/ New Bern Station, Eastfield Station, and a mixed-use development at Southpark Mall. As the former Director of Urban Design for the Freelon Group, she was also part of the design team for award-winning civic, institutional and educational buildings along the east coast.

Professor Ryan is a thought leader in innovative community engagement techniques. In 2008, she launched Wikiplanning, an interactive website used by towns and cities throughout the US that engaged over 10,000 people in the community planning and design process. She has published and lectured widely on the subject at state, national and international gatherings and led the civic engagement process for numerous projects including the North Carolina Piedmont Triad Sustainability Project funded by the U.S. Department of Housing and Urban Development. In 2013, she was named a Senior Edward I. Koch Fellow by the Historic House Trust of New York City to lead the civic engagement efforts for the LatimerNOW project.

Professor Ryan holds a Bachelor of Environmental Design in Landscape Architecture from North Carolina State University and a Masters of Landscape Architecture from Harvard University. Her professional career began in Brunswick County, NC where she served as a coastal and community planner, and eventually as the County’s acting planning director. She transitioned to the private sector and worked for SWA, an international landscape architecture, planning and urban design firm with offices now in the US, China, and the Middle East; and, she worked as an in-house landscape designer for resort developers Landmark Land, and the Pebble Beach Company both in Carmel, CA.

Her professional projects have won eight design awards from the American Society of Landscape Architects, the American Institute of Architects, the Centralina Council of Governments, and an international prize for campus planning.  She was also awarded the Individual Achievement Award from the Museum Association of New York and named the UNC Charlotte nominee for the O. Max Gardner Award, the honor given to the one member of the 16-campus UNC faculty who has made the greatest contribution to mankind. In 2019, she was named one of Charlotte’s Fifty Most Influential Women by the Mecklenburg Times and in 2020, she was included in the Charlotte Ledger’s inaugural class of Charlotte’s Forty Over Forty.

She is the co-author of the Anarchist’s Guide to Historic House Museums (Routledge, 2015). Now, in its eighth printing, the book was a #1 best seller on Amazon (Museum Industry Related, February 2016), and chosen as the text for courses at Harvard, Johns Hopkins, NYU, Brown, and the University of Delaware. She is also co-author of the Millennial Plan by #shapeCLT (2018) and co-editor of Small Town Fit: Healthy People, Places and Policies, and What’s Right About Our Region: Authentic Urbanism in the Carolinas. 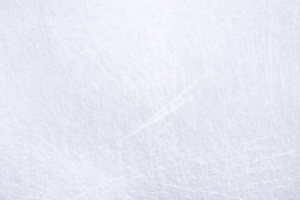