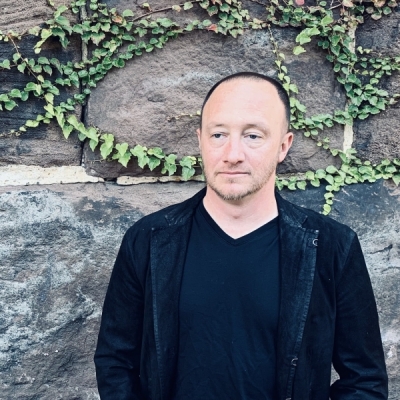 Sean Gallagher is an Associate Principal and the Director of Sustainable Design at Diller Scofidio + Renfro, a 115-person interdisciplinary design studio that integrates architecture, the performing arts, and the visual arts. For more than 15 years, Sean’s research has focused on re-evaluating the traditional relationships between public and industrial territories within urban and suburban environments to accommodate and sustain an increased level of demand for social space and industrial services.

He has presented his work in national and international exhibitions including keynote lectures at AIA's “United States Goals for LPOE: Design Excellence, Sustainability, Security and Transit” and Green Building Council's “Buildgreen Argentina + Expo 2014 International Conference." Sean is currently Adjunct Faculty at Columbia University’s Graduate School of Architecture, Planning, and Preservation, and New Jersey Institute of Technology School of Architecture. He is also a board member for the Embankment Coalition, an organization that will turn Jersey City's downtown abandoned Pennsylvania raised rail into a public park and wildlife refuge.

Sean's years in the UNC Charlotte School of Architecture taught him "the art of critical thinking and the craft of making," he says. "It established a drive within me to communicate the social and material values of the places I intervene." He looks back at the rigor of the program with affection: "In the days leading up to a midterm or final review, we would stay up all night pushing each other to create the most beautiful and meaningful proposals. Those nights were filled with an intense mixture of anxiety and joy, where we learned to find inspiration and support in each other. I still look to those moments today for a laugh or drive." He reflects, "I discovered my drive to find meaning and purpose in the way we create projects at UNCC School of Architecture. I feel terribly fortunate to have been surrounded and inspired by the faculty community of the SOA. Ken Lambla, Kelly Carlson-Reddig, Betsy West, Greg Snyder, John Nelson, Peter Wong, and Phillip Gaddy challenged the way I would view the world and molded the way I critically think today. No other place has been more influential to my work than the SOA."

My one piece of advice to architecture students today, continue to hand sketch and write throughout your entire design process. These acts help you find clarity in your idea and meaning in the way people will experience it.”

Sean’s work has been widely published and recognized with a range of significant awards from the American Institute of Architects, US Federal Government, and the Academic community. In the midst of his many accomplishments and experiences, Sean singles out the School of Architecture: "There is a strength in the combination of community and facility here that I have yet to experience elsewhere. The culture establishes a learning environment where you have the freedom to find your own voice and the resources to support your curiosity."

Sean was named the 2015 Distinguished Alumnus in the School of Architecture, the first alum to receive the honor. 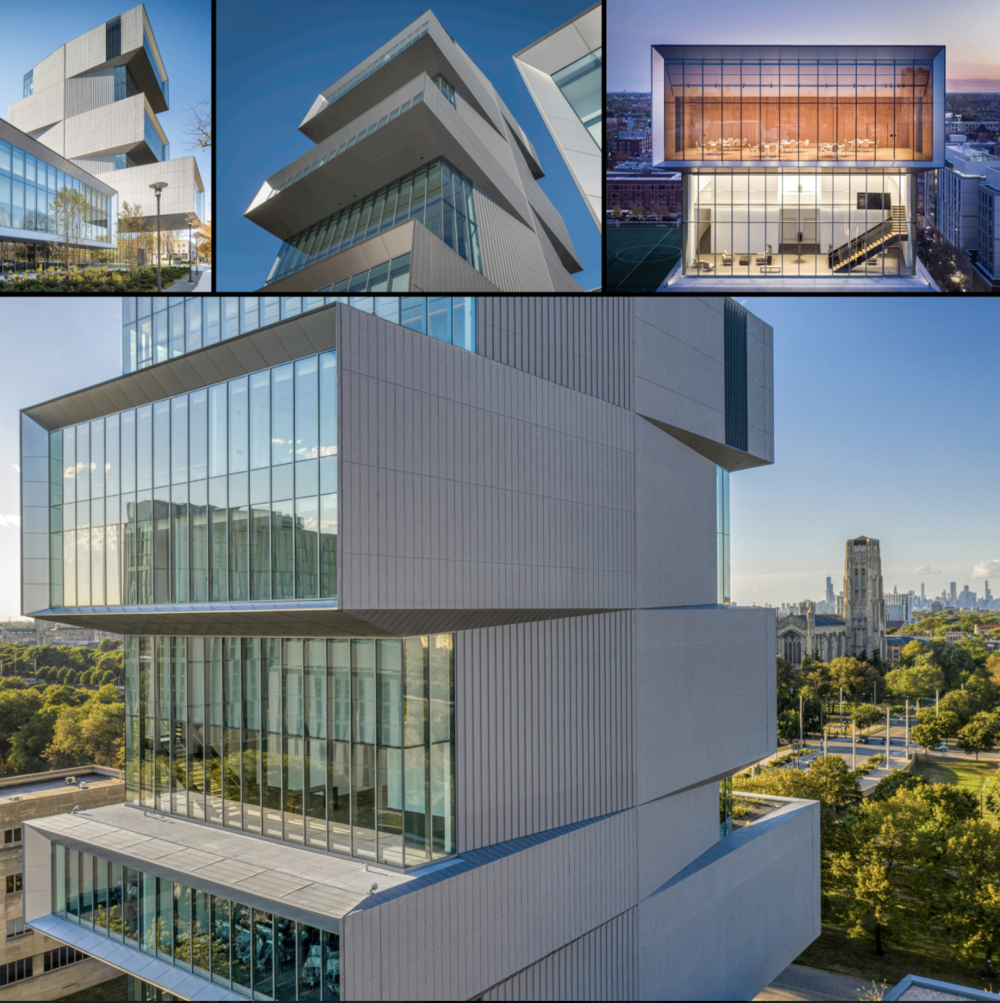 Sean was the Principal-In-Charge of the David M. Rubenstein Forum at the University of Chicago. The tower is designed as a space of discourse and intellectual exchange aimed at fostering the outward engagement of visiting scholars, researchers and dignitaries from around the world. The Forum's prominent location on Chicago’s Midway Plaisance across from Rockefeller Chapel offers expansive views of Downtown Chicago and Lake Michigan as well as the University Campus and Woodlawn Community.

The tower is organized as a stack of neighborhoods with meeting and communal spaces offering diverse environments—formal and informal, calm and animated, focused and diffused, scheduled and spontaneous. Each neighborhood coalesces around a private social lounge that offers a sense of community and identity. The neighborhoods are vertically stacked, rotated and oriented to their own unique perspective of Chicago, creating a panoramic, 360 degree form rather than a front or back face. The building prompts its varied populations to cross paths with one another where possible to enhance intellectual exchange. As one climbs the building, there is a progressive retreat from the everyday to more contemplative spaces with dramatic views of Chicago and Lake Michigan.

ARE WE REALLY THAT DIFFERENT?

Sketch by Sean A. Gallagher | Illustrations by Jedidiah Lau | Photographs by Brett Beyer and DS+R 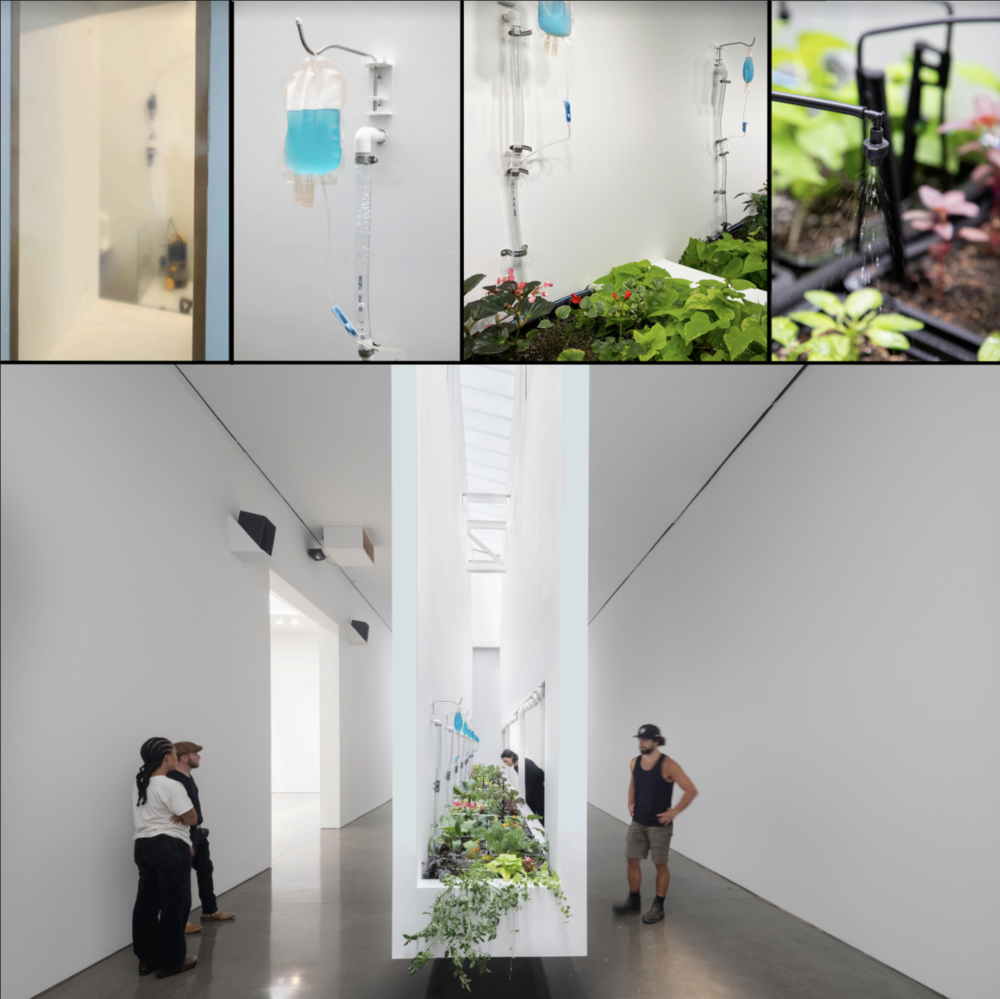 Sean collaborated with artist, activist and Just Above Midtown gallery founder Linda Goode Bryant on Are we really that different? - a fully operational urban farm that draws from Goode Bryant's work with Project Eats to respond to issues of food equity. Currently, Project Eats has seven farms in four of NYC's boroughs, with the aim of getting healthy, locally grown food to urban communities to support their health and well being. Designed by Diller Scofidio + Renfro, the 40-foot tall suspended installation hosts plants on life support inside a gallery, redirecting light from the skylight above and water from the gallery's back of house into intravenous drip bags filled with nutrients. A variety of edible vegetables and flowers are harvested every week and mounted on the gallery walls for visitors to eat and share, with an expected yield of 500 pounds of food over the course of the exhibition's two month duration.

Sketches by Sean A. Gallagher | Illustration by Ryan Botts | Photographs by Jason O’Rear 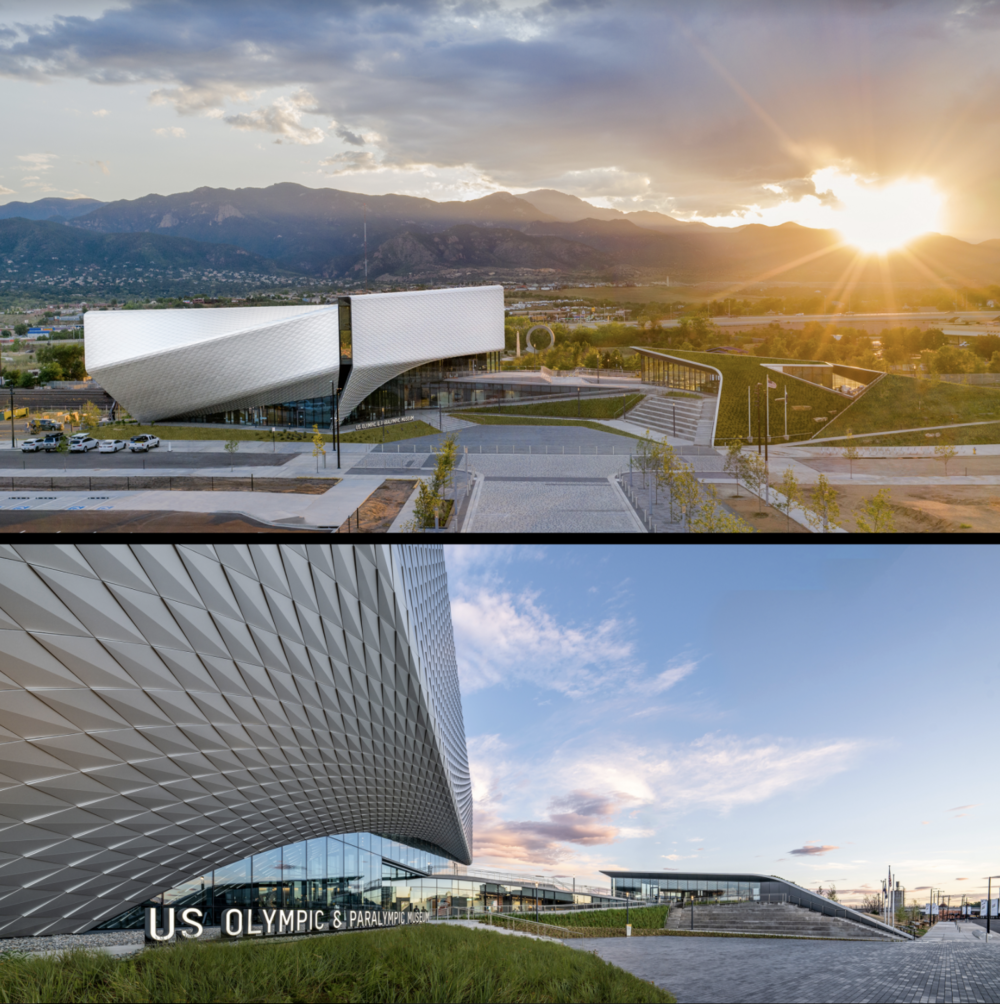 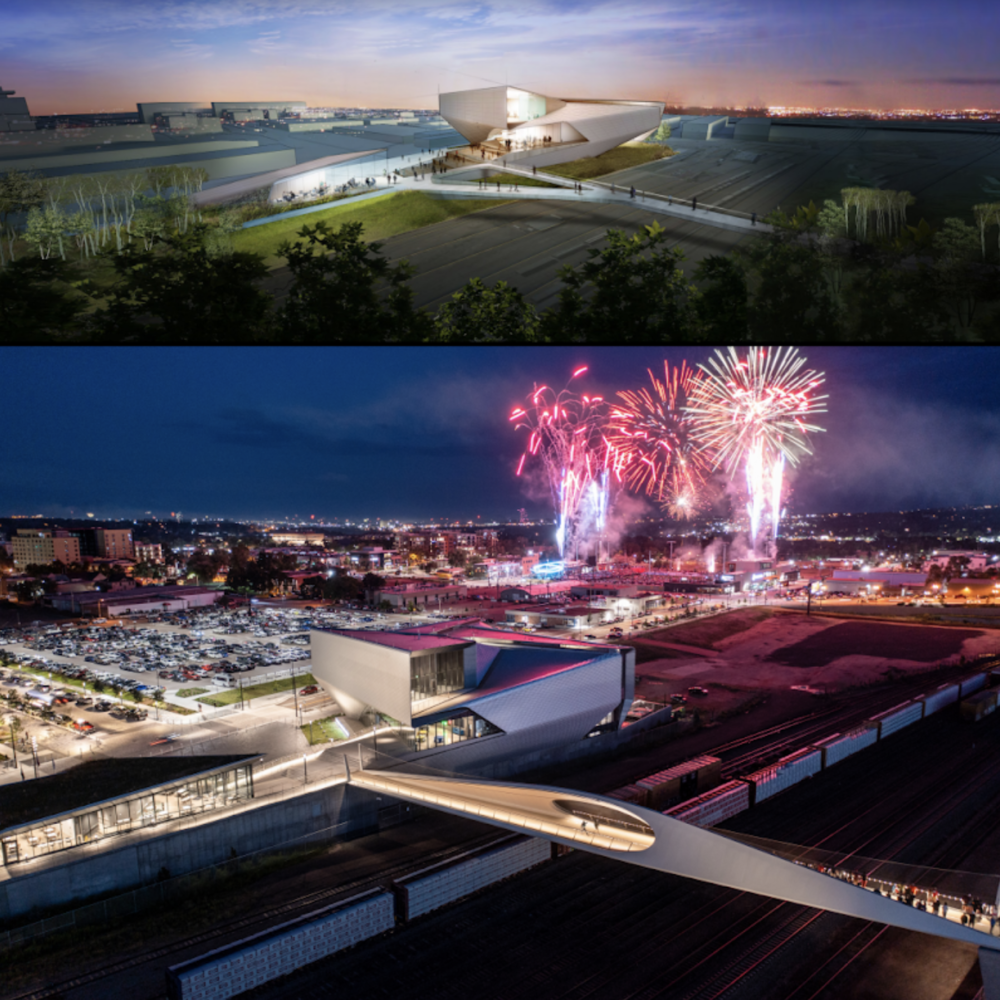 Sean’s first international competition interview design pitch with Elizabeth Diller and Ben Gilmartin. The United States Olympic & Paralympic Museum in Colorado Springs features 20,000 sf of galleries, a state-of-the-art theater, event space and caf . Inspired by the energy and grace of Team USA athletes and the organization’s inclusive values, the building’s dynamic spiraling form allows visitors to descend the galleries in one common path. This main organization structure ensures that from entrance to exit, visitors of all abilities can tour the facility together in a shared experience. From the earliest stages of design, the team consulted Team USA athletes, including Paralympic athletes and persons with disabilities, to ensure the most authentic and inclusive experience.

Today, the U.S. Olympic and Paralympic Museum is considered one of the most accessible museums in the world, and most recently received the 2020 Grand Award from the International Association for Universal Design, who noted the museum “embodies so completely the principles of inclusive design by treating all visitors as equal while providing for individual needs in a seamless and elegant whole.”