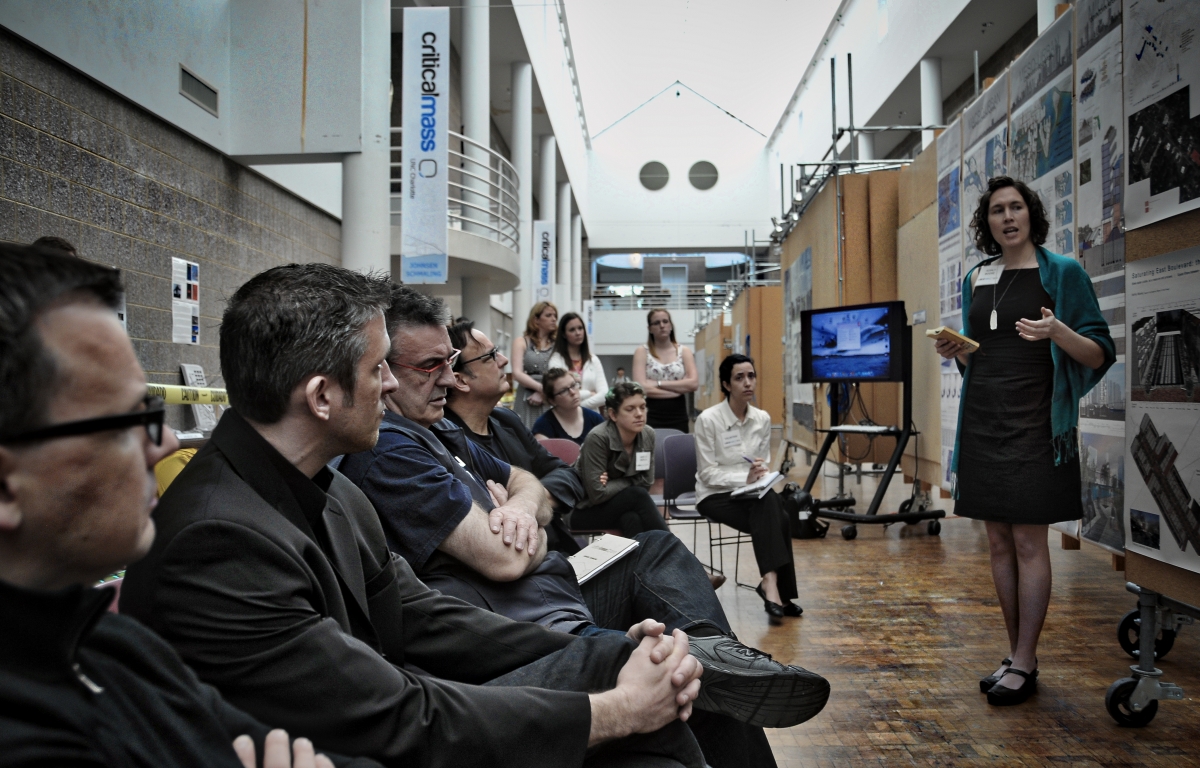 CriticalMass started in 2002. It was the idea of a handful of graduate students wishing to share thesis project work with other graduate schools of architecture from the Southeast Region. At that time, the students were interested in the idea of place and region, and the event sought to bring diverse projects from different institutions together so that the students could share, and perhaps understand, what commonalities might be present in their final project work. The students themselves identified and invited international and national architects and critics to discuss the work and to give an evening presentation. These critics have varied over the past ten years, from those interested in regionalism to those that were launching practices on a more global scale. In all cases, the critics invited reflected the students' interests and the work they had been exposed to in the School of Architecture curriculum.

From the efforts of that first handful of students, CriticalMASS has fostered a tradition of collaboration and exploration across schools of architecture. Year after year, the event continues to inspire students to reach across institutional boundaries and come together with shared interests; no other such forum for cross-institution student interaction and learning currently exists. With coordination from a selected student committee and hard work from graduate student volunteers and faculty advisors, each Spring CriticalMASS hosts a series of presentations and discussions from selected students and Distinguished Guests. Each project that is presented responds to a unifying theme, but explores architectural ideas and issues independently through the lenses of technical methods, urban design, and theory.

The yearly success of CriticalMASS is a result of the effort and dedication provided from the current, first-year graduate class and continued support of the students, faculty, and local practitioners. Together we organize and integrate a unique outlet for student work that has become a respected part of the UNC Charlotte School of Architecture and a joint identity of current graduate students.