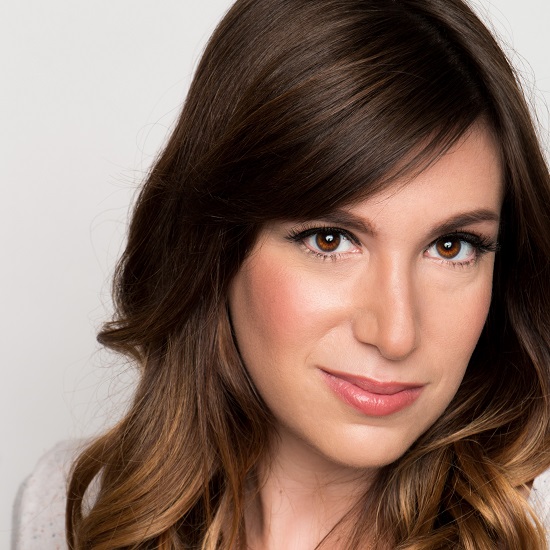 A passion for new musicals
Assistant Professor of Directing

Assistant Professor of Directing and coordinator of the Musical Theatre Certificate program Laura London Waringer comes from a long paternal line of musicians. Her great-grandfather was a pianist for silent movies; her grandfather, also a professional musician, escaped Nazi-occupied Austria and settled in Argentina, where Waringer’s father, a jazz pianist, grew up. Naturally, Waringer’s childhood home in a small New Jersey township was full of music.

“My dad was always playing piano,” she says. “I grew up singing jazz standards with him.”

Her mother had been active in community theatre and introduced Waringer and her younger sister to staged and movie musicals. By the time she was four, Waringer was taking dance class, and by the time she was 11, she was touring regionally in an amateur production of Annie.

She credits winning the International Thespian Society state championship with opening the door – and earning her a scholarship – to New York University (NYU) Tisch School of the Arts. “I never expected to get in there, to follow my dream,” she says. “All the professors were either on Broadway or had been on Broadway.” Her classmates – including Stefani Germanotta (Lady Gaga) and Tony-winning actress Ali Stroker – were equally impressive.

Waringer double-majored in journalism and musical theatre (“writing was a big part of my life growing up,” she says) and in less than a year after graduating, she booked a national tour of A Christmas Carol. She spent four years working in New York and found her place “off the beaten path,” in the avant-garde theatre world of writer/composer/director Elizabeth Swados (The Runaways), who had taught drama at NYU and became one of Waringer’s mentors. “She really inspired me. I discovered I didn’t need to be the cookie-cutter triple-threat  girl on Broadway.” Swados’s influence can be seen even now in Waringer’s innovative “theatre on location” company, Wanderlust, which she founded in 2018 to create immersive, site-specific musical theatre productions. 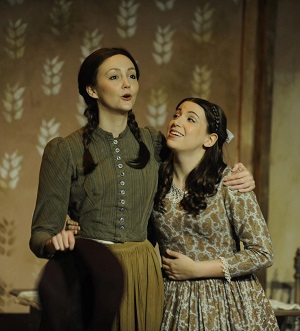 Having lived in the NYC area her whole life, Waringer decided in 2010 to go to London, enrolling in a graduate program that emphasized devised work and new musicals – “that was really my passion.” She earned an MFA in Music Theatre from the Royal Central School of Speech and Drama in 2011 and stayed in London for four years, performing in the UK Premiere of Little Women (as Beth, pictured right), an off-West End production of Spring Awakening (Anna), and in the 2012 Olympics Opening Ceremonies directed by Danny Boyle, among other credits (she performs and directs as Laura Hope-London).

Waringer then moved to Los Angeles, finding television and film production work at STARZ network, Paramount, and other studios. But Hollywood only “made me realize how much I missed the magic of live theatre,” she says. She also missed the challenges of academia, so in 2016 she entered the PhD program in theatre studies at Florida State University and expects to complete her degree in 2023.

Her research has investigated issues of race, gender, and sexuality in musical theatre, with papers and articles about color-conscious casting in Hamilton, the influence of musical theatre on Beyonce’s Lemonade, and race and identity in The Greatest Showman. Her research also focuses on  musical theatre training in higher education, and her dissertation will examine the relationship between the training and the professional musical theatre  industry to imagine what the future of that training might be.

Although she had not originally planned to apply for teaching jobs until her PhD was in hand, she decided to apply for the position at UNC Charlotte, attracted in particular by the opportunity to lead the newly created Musical Theatre Certificate program. She joined the faculty in 2019.

“It’s been an amazing journey to be here, to build the musical theatre program from the ground up.”

Last year, Waringer directed her first musical for the Department of Theatre – See Rock City and Other Destinations, which was written by a fellow NYU student and won the 2011 Drama Desk Award for Outstanding Book of a Musical. Because of the pandemic, the production was virtual – a format that not only challenges her as a director, but also offers new material for her research.

“I have a whole new chapter for my dissertation now because of the pandemic. It’s going to be a different game.”