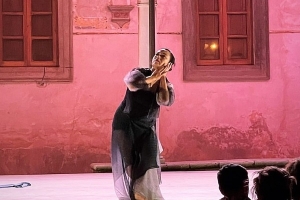 Associate Professor of Dance Kim Jones joined a cohort of 25 higher education faculty in Chicago this summer for the National Endowment for the Humanities (NEH) Summer Institute: Making Modernism: Literature, Dance, and Visual Culture in Chicago, 1893-1955. Funded by the NEH and running from July 18 to August 5, the Summer Institute explores creative expression in Chicago from the turn of the 20th century through the aftermath of the Second World War.

While in Chicago, Jones is conducting archival research in the Newberry Library to continue her ongoing studies of Korean dancer/choreographer Choi Seung-Hee (1911-1969). Widely regarded as Korea’s first modern dancer. Choi lived an eventful life through the Japanese occupation of Korea and the Korean war. As a performer, she traveled to cities throughout the world – including Chicago – but her dances have not been seen outside of North Korea since 1945.

“During the Japanese occupation, Choi rose to fame as a representative of Japan performing around the world,” Jones said. “This was very unusual for a female Korean national to have such status and privilege during the Japanese occupation. During her overseas tours, she started calling herself a Korean dancer in her programs, rather than a dancer from Japan. She danced Korean folk dances with a modern sensibility to help expose Korean culture. After World War II, Choi relocated to North Korea, following her husband, who was a sympathizer with the Worker’s Party of Korea. In the 1960s she and her family were purged, and in 2003 the North Korean government released a statement confirming her death in the year 1969. In North Korea, Choi and her work were considered a threat because they offered power to people to assemble and unite against authority at a time when North Korea focused on dance, music, and art to only support nationalistic propaganda.”

Jones began her research of Choi Seung-Hee in 2019, with the intention of traveling to South Korea to further her study with the dancer Kim Yeong-Sun, who, now in her late 80s, had been a student of Choi Seung-Hee. With travel restricted by the pandemic, she instead worked with Kim Yeong-Sun virtually with Korean dancer So Young An, a current member of the Martha Graham Dance Company, and production/stage manager Hae Jin Han.

From material gathered during those remote sessions, Jones has begun to develop choreography inspired by Choi’s life and work. In May 2022 she convened her team of Korean artists in New York – So Young An, Hae Jin Han, and musician/vocalist Vong Pak – as collaborators in this work. In June, she presented a piece, Path towards Enlightenment, at the Danza in Arte a Pietrasanta Festival in Italy. Path towards Enlightenment was performed by Jones in collaboration with Vong Pak (pictured below, courtesy of DAP Festival). An excerpt of the larger work Jones and her team are creating, it explores separation, loss of culture due to the Japanese occupation, Korean civil war, and migration. 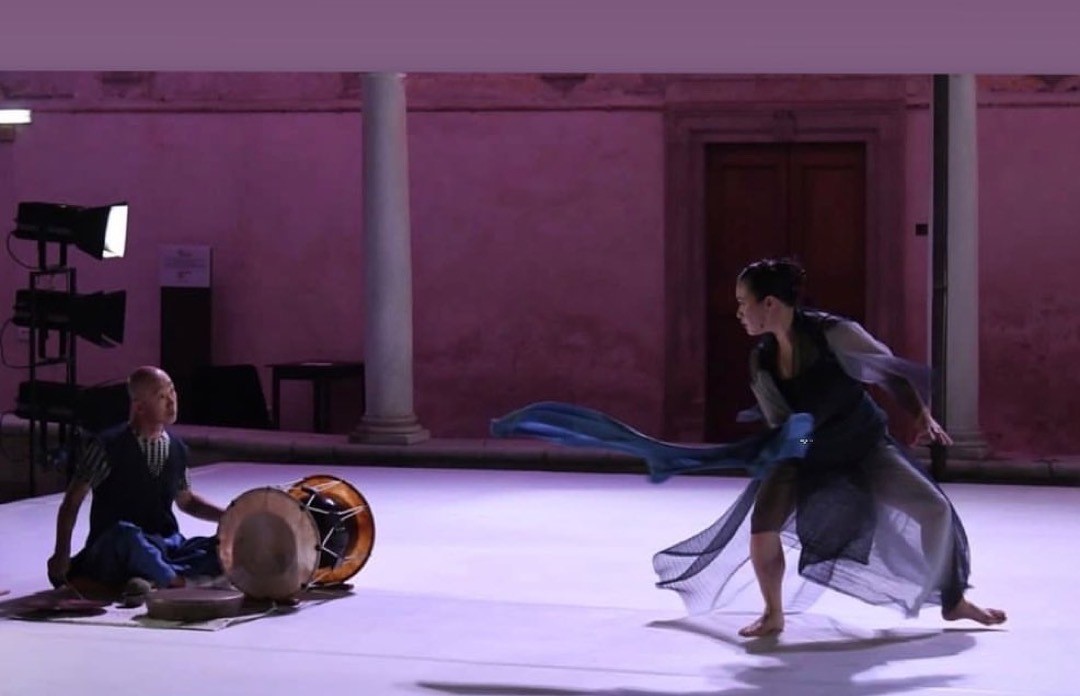 Jones has a history of researching and reconstructing lost choreography. In 2012-2013, she reconstructed Martha Graham’s Imperial Gesture (1935), and in 2016 she reconstructed Paul Taylor's Tracer (1962), which was recently performed at the Joyce Theater in New York City.