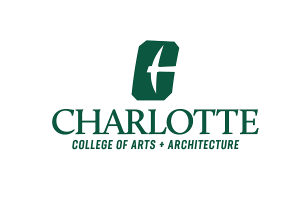 Thursday, February 17, 2022
New seven-member board will convene on campus in April.

Dean Brook Muller has announced the first cohort of the Friends of the College of Arts + Architecture (Friends of CoAA). The seven inaugural members – John Boyer, Mojdeh Henderson, John Iafrate, Dareion Malone, Melanie Reddrick, Stacey Rose, and Terry Shook – will help develop the mission and function of the board in support of the College.

“As we launch a new strategic plan for the College, this is the right moment to begin building this important board,” said Muller. “Given the expertise, diversity of perspectives, and passion for the arts and design that our inaugural cohort of Friends represents, we have the opportunity – that I am completely confident we will achieve – of making a difference in the lives of our students and in our creative and intellectual culture overall.”

Boyer, former president and CEO of the Bechtler Museum of Modern Art, will serve as chair of the Friends of CoAA.

“The Friends of CoAA can bring great insight, ideas, encouragement, and connections to the important and lasting work of the College of Arts + Architecture,” said Boyer. “I am eager to join others in support of Dean Muller's vision and for the enhancement of our larger community.”

Members of the founding cohort will serve 18 months. The group will hold its first formal meeting on campus on April 7.

2022 Friends of the College of Arts + Architecture 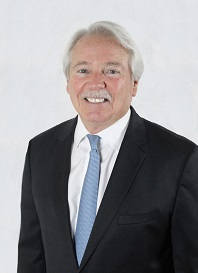 John Vincent Boyer is a transformational Chief Executive Officer and Independent Director who blends 30 years of leadership in the cultural nonprofit and financial industries to innovate and creatively solve business challenges. Recently retired CEO of the Bechtler Museum, which he led from 2008 to 2019, and current Voya mutual fund director, Boyer has expertly led through two corporate mergers and served as immediate past Board chairman.

As Executive Director of the Mark Twain House and Museum for 17 years, Boyer brought the museum to a national level of programming, deepened involvement with the community, and led the architectural program for a new museum center, receiving the first LEED certification for a US museum.

Boyer holds a Bachelor of Arts in Art History from the University of California, Santa Barbara, and a Master of Fine Art from the Department of Art and Archaeology at Princeton University. Known for his intellectual curiosity, swift handling of complex information, and genuine collegiality, he provides a proven ability to conceptualize strategic initiatives to further growth. 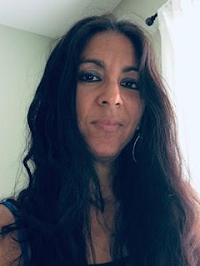 Mojdeh Henderson is the Principal at Berewick Elementary School in Charlotte. A graduate of UNC Charlotte with a Bachelor of Arts in Dance Education (2002), she began her career as the first dance teacher at Crestdale Middle School in Charlotte, receiving the Dance Educator of the Year award from North Carolina Dance Theater (now Charlotte Ballet).

Henderson earned a Master of Arts in School Administration from Gardner-Webb University in 2006 and was an Assistant Principal at Jay M. Robinson High School before becoming Principal at Berewick. She has been named Southwest Principal of the Year and received the College of Arts + Architecture Distinguished Alumni Award in Dance in 2016.

Henderson loves spending time with her daughter, friends, and family. She enjoys hiking, traveling, reading, writing, yoga, meditation and spiritual growth. She is passionate about future generations and leading change through individual connections. 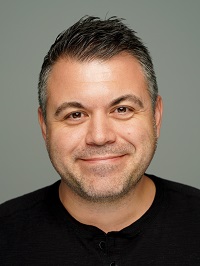 John “Frate” Iafrate is the Senior Creative Director of Charlotte-based LendingTree. During his 14-year tenure at the company, Iafrate helped launch an in-house creative and branding agency, an inflection point for growing the company’s market cap from under $500 million to over $4 billion. Today, he remains an influential leader in cementing LendingTree as one of the nation’s strongest financial brands and online experiences, dedicated to helping consumers achieve their financial goals. A career highlight for Iafrate was spearheading the LendingTree rebrand, which included being the designer behind the nationally-recognized, award winning logo.

Iafrate graduated from UNC Charlotte in 2002 with a Bachelor of Arts in Art. During his time at UNC Charlotte, he was elected President of Delta Sigma Phi Fraternity and has remained involved as the chapter adviser for over 17 years. In his spare time, you can find him as a volunteer track coach at Marvin Ridge Middle School and enjoying time with his wife and two daughters at their home in Waxhaw, NC. 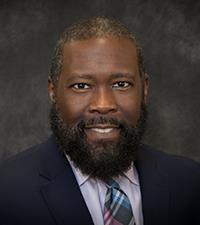 Dareion Malone is the Assistant Principal at Sun Valley High School in Union County. An educator since 2013, he previously served as the chorus teacher at Hopewell High School in Charlotte and at Marvin Ridge High School in Waxhaw, where he was named the Union County Public Schools 2020-2021 Teacher of the Year.

Malone received a Bachelor of Music Education in 2013 from UNC Charlotte. He also holds a Bachelor of Science in Business Administration from Rust College in Holly Springs, Mississippi, and will earn a Master of School Administration from UNC Charlotte this year. In 2019 he received the College of Arts + Architecture Distinguished Alumni Award in Music.

Malone, a baritone, has performed nationally and internationally, including West Africa, South Africa, and Europe. His stage credits include performances with Celine Dion, Dolly Parton, and other mainstream recording artists. He has also appeared as a soloist with the Charlotte Symphony and Chorus as well as other regional ensembles. 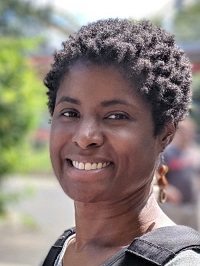 Melanie Reddrick is a Team Leader in Little Diversified Architectural Consulting's Community Studio, with a focus in Higher Education design. She is a licensed architect/registered interior designer and a LEED Accredited Professional. She holds a Master of Architecture Degree from the University of Virginia (2003) and a Bachelor of Arts in Architecture from UNC Charlotte (2001).

Reddrick’s varied professional experience includes work for public, private, local, and international clients in all phases of project development. She also is an experienced educator, serving as both an instructor (full and part-time) and administrator. She was named the School of Architecture’s Distinguished Alumna in 2020. 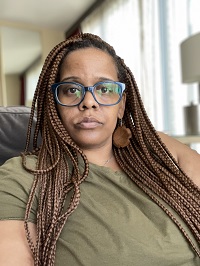 Stacey Rose is a Charlotte-based, award-winning, nationally produced playwright. Her work celebrates and explores Blackness, Black identity, body politics and the dilemma of life as the “other.” Rose has held fellowships/residencies with the Arts & Science Council, The Dramatists Guild, The Playwrights’ Center, Sundance Theatre Lab, The Goodman Theatre, The Civilians, and Tofte Lake Center.  Her work has been presented at The Fire This Time Festival, The Lark, The Amoralists Theatre Company, Rattlestick Playwrights Theatre, National Black Theatre, Pillsbury House Theater, Barrington Stage Company, and Kansas City Rep.

Rose’s plays America v. 2.1, As Is and Legacy Land were featured on the Kilroys’ list. She is a recipient of a 2019 Virginia B. Toulmin Foundation Women’s Commissioning Grant in partnership with Rattlestick Playwrights Theatre and an Alfred P. Sloan foundation commission in partnership with Manhattan Theatre Club. She currently writes for 9-1-1 on Fox.

Along with director Martin Damien Wilkins, Rose co-founded the Queen City New Play Initiative to support local and southern playwrights in the creation of new work for the stage. She received a Bachelor of Arts in Theatre with a Minor in Film from UNC Charlotte in 2008 and a Master of Fine Arts in Dramatic Writing from New York University in 2015 and is the recipient of the 2020 CoA+A Distinguished Alumni Award in Theatre. 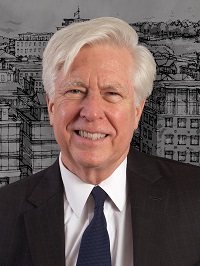 Terry Shook, FAIA, is a founding partner and principal of Shook Kelley, a firm specializing in strategic consulting services, melding consumer psychographic analysis, branding, architecture, planning, and communication design into one united practice. He focuses upon the creation of new communities, in both the suburbs and within urban cores, which reflect timeless patterns of building while responding to modern aspirations for a better life.

As one of the nation's top experts in district planning and PlaceMaking, Shook has been recognized by the Clinton School of Public Service as a vanguard in the movement to return meaning to the urban environment. He has shared his views with audiences connected to the International Council of Shopping Centers, the International Downtown Association, the National Trust for Historic Preservation, the American Planning Association, and the Urban Land Institute.

Shook received a Bachelor of Arts in Architecture from UNC Charlotte in 1976. He is the recipient of the School of Architecture’s 2016 Distinguished Alumn