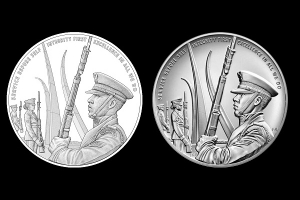 Balan’s obverse (heads) design depicts a fighter jet pilot flying alongside two F-22 fighter jets with the inscription “U.S. Air Force.” Franki’s reverse design features the three spires of the Air Force Memorial, with members of the U.S. Air Force Honor Guard in ceremonial assembly. “Integrity First,” “Service Before Self,” and “Excellence in All We Do” – the core values of the Air Force – are inscribed around the medal’s perimeter. Both designs were sculpted by U.S. Mint Sculptor-Engraver Phebe Hemphill.

“The three-spired Air Force memorial seen on my reverse design is said to commemorate the exhaust contrails from a ceremonial Thunderbirds flyover formation used by the U.S. Air Force to pay respect to a fallen pilot,” Franki said. “This formation usually has four planes, so the ‘missing’ plane conspicuous in its absence is the honored pilot. I designed the airman's rifle to be positioned in the location of the missing fourth contrail – the bayonet being the ‘tip of the spear.’”

A member of the American Medallic Sculpture Association and the American Numismatic Association, Franki has designed and sculpted dozens of medals and coins, including the Jefferson 1800 nickel obverse design. In addition to the U.S. Mint, selected clients for his artwork include the United States Olympic Committee, the American Numismatic Association, the Jewish-American Hall of Fame, the International Society on Thrombosis and Haemostasis, the Kenan Football Hall of Fame in Chapel Hill NC, WFAE/NPR Charlotte, the NC State University Football Hall of Fame, the U.S. Home Corporation, InBusiness Magazine, BioCycle Magazine, Stock Car Racing Magazine, and UNC Charlotte. In 2020, Franki designed the College of Arts + Architecture Distinguished Alumni Awards medal.

“I am so proud to have been a part of the design team for the Air Force medal, and for the opportunity to serve the US Mint in the Artistic Infusion Program,” Franki said. “My creativity is fueled by a desire to commemorate important ideas. It is my calling to spend my time and energy as an artist, creating work that celebrates greatness and educating the general public. Circulating coins and commemorative medals do precisely that. They remind us of who we can be, when we are at our best.” 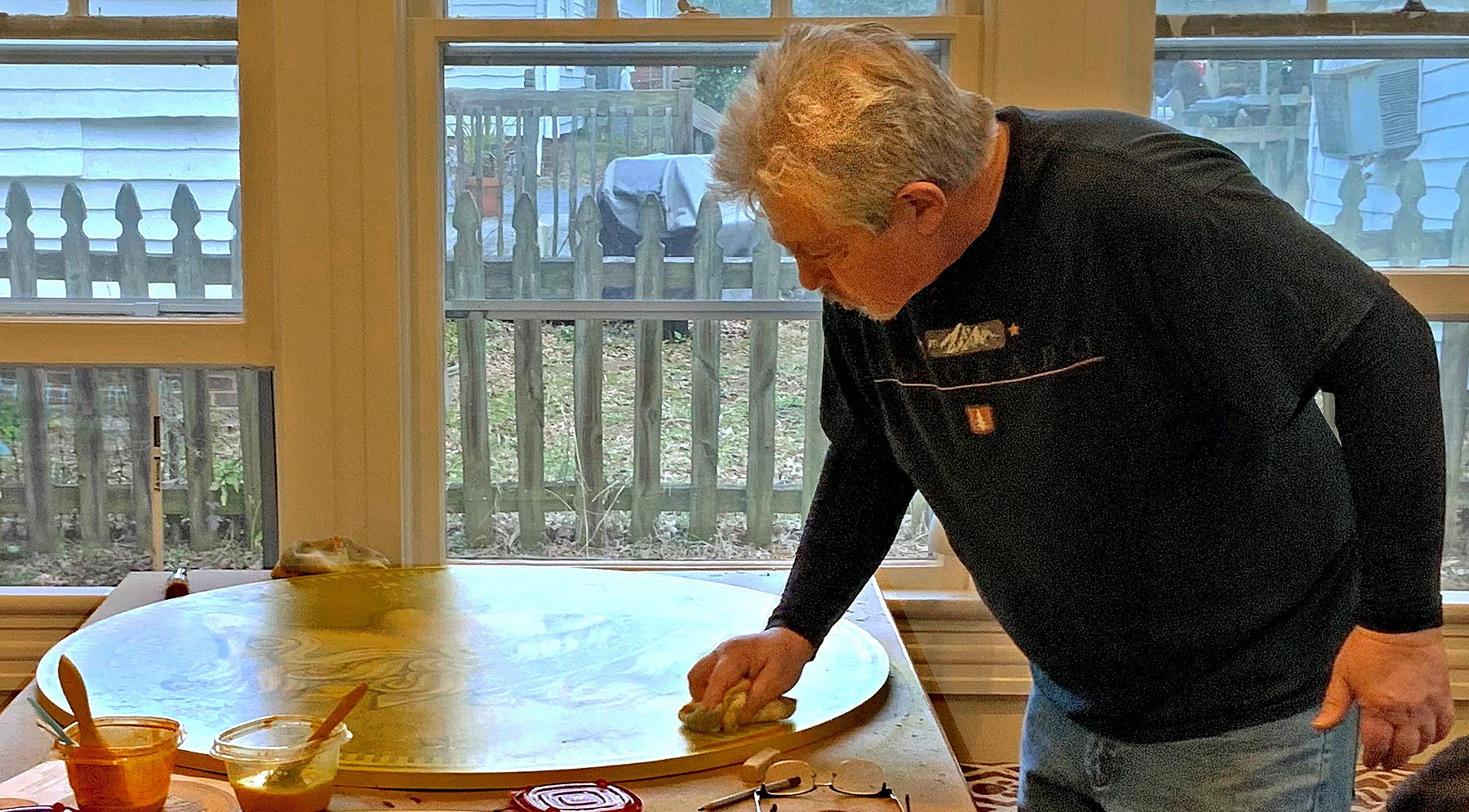 Jamie Franki in his studio, preparing Faces of Liberty for the UNC Charlotte Marriott Hotel and Conference Center.

Images of the Air Force Silver Medal Courtesy of the United States Mint.