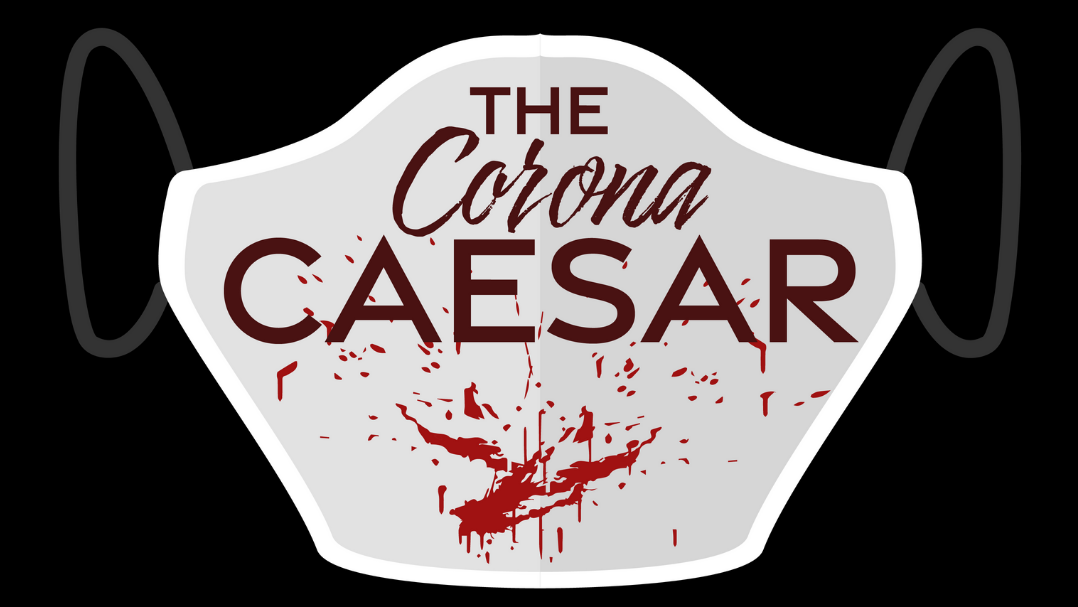 A five-episode podcast of Shakespeare's Julius Caesar, presented in Fall 2020 by the Department of Theatre.

Imagine a time of political unrest, when a nation ravaged by disease and by the quarantine protocols enforced to contain it, teeters on the brink of collapse. Imagine the rise of a dictator who sees the discontent around him as an opportunity to extend his power, moving from politician to king…

This is the core idea of a radical and innovative approach to Shakespeare’s electrifying story of ambition, conspiracy, and its tragic aftermath, a production constructed entirely online and edited for audio. The Corona Caesar, released as a five-episode podcast, is a show that embraces the restrictions of the present to make an old play fresh, compelling, and urgently contemporary.
Access the podcast!
Episode 1. Unrest
Episode 2. Conspiracy
Episode 3. Assassination
Episode 4. Aftermath
Episode 5. Consequences
Director: Andrew Hartley,  Robinson Distinguished Professor of Shakespeare
Voice Coach: Assistant Professor of Acting/Stage Voice Chris Berry
See the full program here.